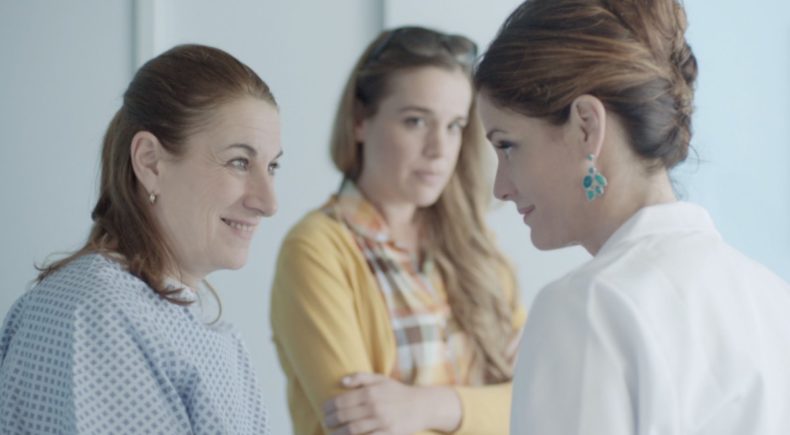 In a small Florida town, a young French woman goes with her mother to a routine medical check-up to act as her interpreter. However she is taken by surprise when she learns that it is actually a gynecological examination she is attending. But, the biggest revelations are yet to come...

Sarah Heitz de Chabaneix, a graduate from The National Theater School of Canada, started her cinema career as an assistant director, before launching into script writing and film directing. She has since written and directed several award-winner short movies. Among them: "The Whispers" (2015), "I'm A Blank Page" (2012) and "Blackwind"- Patrick Watson's video clip (2012). She is currently writing feature-length fictions, produced in France.