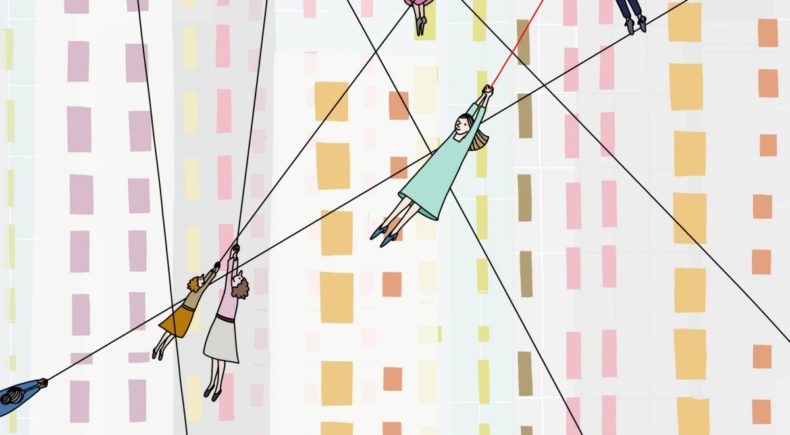 In her latest animated short, Academy Award®-winning director Torill Kove explores the beauty and complexity of parental love, the bonds that we form over time, and the ways in which they stretch and shape us.

Torill Kove is an award-winning director, animator, illustrator and author. Born May 25, 1958, in Hamar, Norway, Kove lived in Kenya before moving to Montreal in 1982 to attend Concordia University. She went on to earn a master's degree in Urban Planning at McGill University, then returned to Concordia to study animation, pursuing a lifelong passion for drawing and sketching. She won Kodak Awards for her student _ lms All You Can Eat,_ Fallen Angel_ and_ Squash and Stretch. Kove also contributed to a number of animated productions for the National Film Board of Canada and illustrated seven picture books, three of which she authored as well. Her 1999 directorial debut for the NFB, My Grandmother Ironed the King's Shirts (co-produced with Studio Magica in Oslo), was nominated for an Academy Award®. Her next _ lm for the NFB was The Danish Poet (a co-production with Norway's Mikro_ lm), featuring narration by Liv Ullmann. It won the Oscar® for Best Animated Short in 2006 as well as a Genie Award. Both _ lms were included in the Animation Show of Shows. Kove made her feature _ lm debut in 2013 with Hocus Pocus Alfi e Atkins, based on the Al_ e Atkins series by Gunilla Bergström. Her most recent NFB _ lm, Me and My Moulton (2014, coproduced with Mikro_ lm), recounts memories of growing up in a creative and unconventional and was ), was nominated for an Academy Award®.