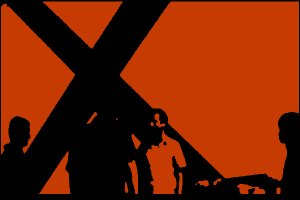 After a fight with his girlfriend, Ezee goes out for a walk...

Born in France, Christophe Duvert began working as a television producer before moving on to film. In 1998 he wrote and directed the short "Tant qu'a faire". That same year he moved to New York, directed, edited and produced his second short "Dot Down" and the feature documentary "Fucking in Heaven". He is currently working on his first feature film.