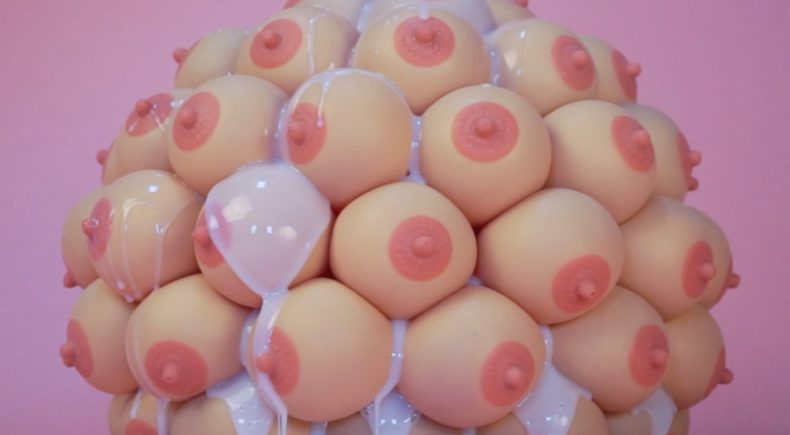 Objectify Me is a short experimental film about the different ways women's bodies are objectified and sexualized. We have been objectified to such an extent that we are no longer seen as human beings but as sexual gadgets. We have been separated from our whole. Turned into a commodity. Femininity has been so far removed from our nature that it has become alien to people. Something they are afraid of. Something that needs to be controlled, censored or concealed as if it were a looming threat. But I believe the real threat is the imbalance that has been cultivated from this patriarchal society.

Annique Delphine is a multimedia artist and feminist. Her work includes photography, video, installation and performance. Delphine's work has been exhibited worldwide in cities including Berlin, New York, London and Los Angeles. Her Film „PLETHORA" won Best Experimental Film at both the Toronto Arthouse Filmfestival and the Verona International Film Festival. She has held workshops on overcoming body issues and the censorship of the feminine body in Los Angeles and Berlin. Often using her work as a way to overcome her own traumas, she believes in art as a way to promote personal and collective healing. Delphine's work focuses on the politicization and censorship of the body, feminine symbolism, sexuality, our relationship with nature and our obsession with social media and self image.