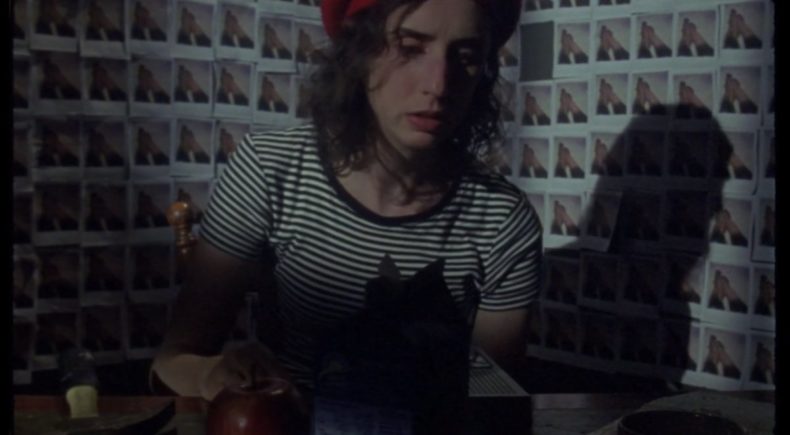 After going through a breakup, experimental musician Isra struggles to compose. Her inner emotional chaos seems to be taking over her creativity. In order to face the pain, Isra has to listen to its sound and capitalize on it.

Lorenzo Monti, Swiss-Italian filmmaker:
Lorenzo studied management & organizational behavior at HEC Lausanne, the University van Amsterdam and the University of Technology, Sydney. Once he had obtained his MSc degree in Management, he undertook film studies at Sydney Film School and ESEC Paris. His first short film, Breach, premiered at the Brooklyn Film Festival and won the Grand Chameleon Award. He then pursued his interests in experimental filmmaking with his project Decorum, that premiered in late 2019 at the Lausanne Underground Film & Music Festival. Decorum has recently been selected at the Columbus International Film & Animation Festival.

Lorenzo currently works as a video content creator in Geneva: he recently completed a Twisper short documentary about the American graffiti artist and abstract expressionist painter JonOne. In parallel, he has created an online course about public speaking, verbal and non-verbal behaviors with Benjamin Tur, PhD in Leadership and charisma.

Initially, this project was designed to shed light on the cathartic aspect of music. It was critical to show Isra's journey: changing negativity into positivity by facing her inner emotional chaos. In other words, the project is addressing how chaotic, neurotic and fragmented emotions can be exploited rather than endured. Pain can become an instrument. Visually speaking, we shot on different film formats to portray Isra's unconnected thoughts and hypersensitivity. Besides the use of film enabled us to insist on the chemical aspect of creativity: often triggered by the less expected and hardly controllable.