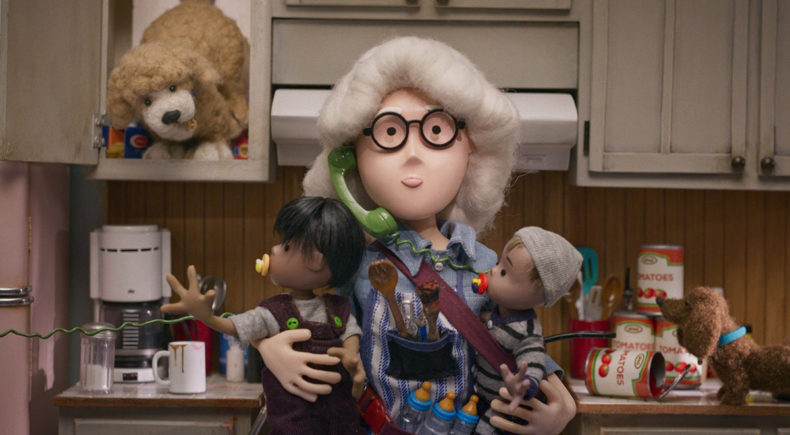 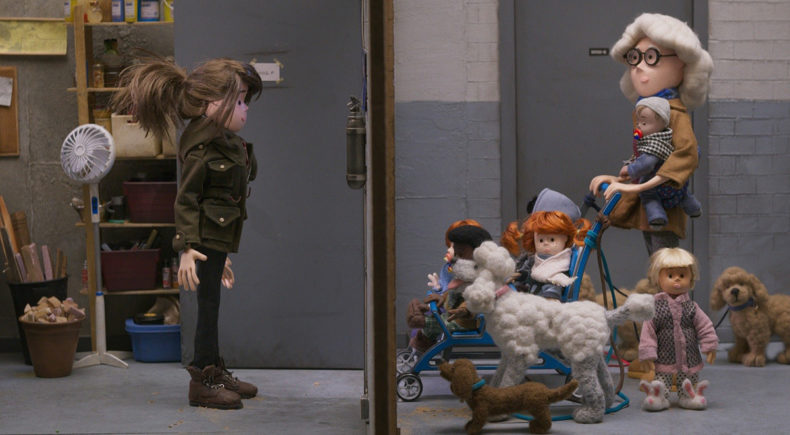 Freaks of Nurture is about a neurotic mother-daughter relationship, told with sitcom-style humour and a young punk-rock attitude. Directed by rising star Alexandra Lemay, the story is based on her own life growing up with her eccentric mother: a single parent to 5 biological kids, 6 foster kids and a gaggle of family pets. Self-deprecating and hilarious, the film invites us to love each other and ourselves, warts and all.

A graduate of both Concordia University and Sheridan College, Alexandra Lemay is a freelance artist with a background in media arts, animation and practical special effects. Though she continues to dabble in different disciplines such as puppet and costume fabrication for TV, museums and costume shops, her true passion lies in independent filmmaking via traditional animation and SPFX techniques such as stop-motion. She works on personal and collaborative film projects as writer, director, fabricator and animator. Her selection by the National Film Board of Canada to be part of Hothouse apprenticeship program led to the creation of her stop-motion short, All the rage. The film has been featured in numerous festivals such as the renowned Ottawa International Animation Festival, and received a nomination for best animated short by The Gala du cinéma québécois. Freaks of Nurture is her second film with the National Film Board.

Someone once told me the older you get, the more you become a caricature of yourself. Never has this proved truer than when I moved back in with my mother. The more babies and puppies she amassed, the angrier I became…

I had been living in T.O. and got a contract in Montreal, so I figured I’d stay at my mom’s, rent-free. Sweet deal, right? Wrong! I was 30 years old and had been living on my own for over a decade. One would think my mother, now in her sixties—having had five kids and many interesting jobs (including as a pilot!), creative hobbies and even occasionally fostering children in need and breeding dogs—would finally want to take it easy. But no, of course not. My mom—a single parent, by the way—was now a full-time foster parent to not one, but five toddlers, and while most of her biological kids had moved out, my youngest teenage brother was still living under her roof. She was also keeping her real estate job, breeding poodles, adopting stray cats and renovating her house on the side. My mom had embraced her nurturing side to the point of pure chaos. What struck me most wasn’t that her lifestyle was so hectic (my mom has always been comfortable in chaos), but that it was affecting me so much. I was angry at her. I started asking myself, “Why am I, a grown woman, resenting my mother for helping babies and puppies?! What could be more saintly than that?!”

Then it hit me: despite our vastly different professions and personalities, my mother and I were not so different after all. If I were to be critical about my mother, I had to look at myself in the mirror as well. This made me understand that I am just as annoying as she is in my own way. I was angry because I could relate, and because I care. We don’t choose our family, and they can drive us nuts, but remembering that we are all irritating in our own way can help us laugh at life’s frustrations and be more accepting—of our loved ones and ourselves. I always knew my mom was different, but you know what? Things are never clear-cut, so I figure let’s mix it up and embrace the mess.