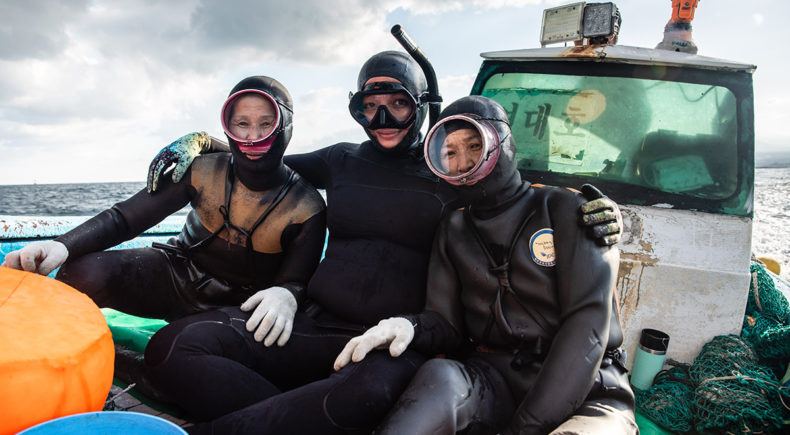 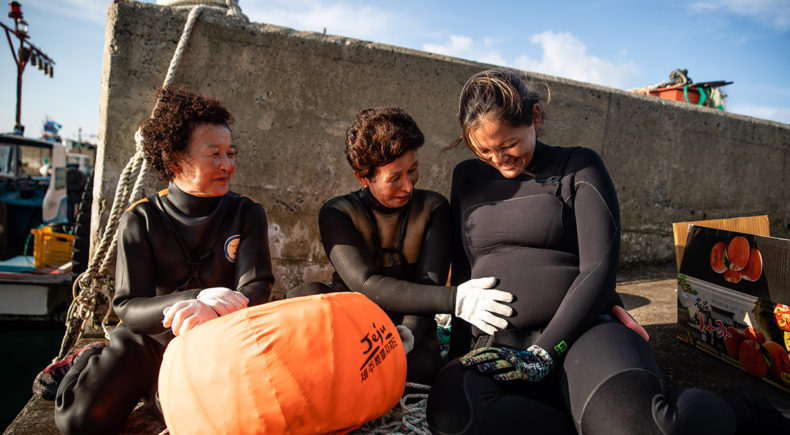 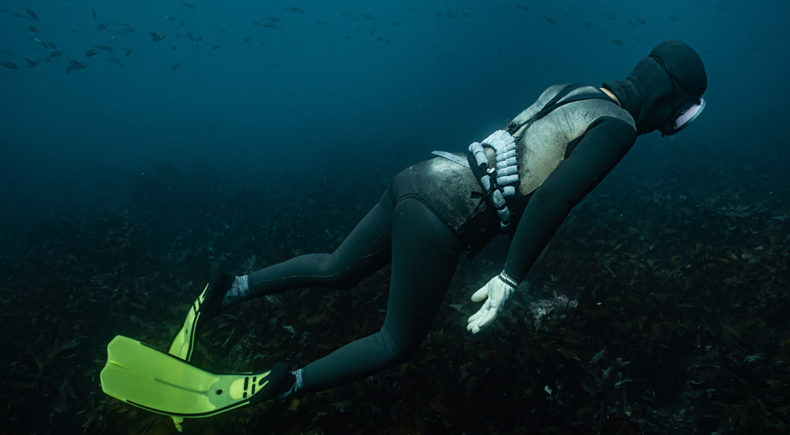 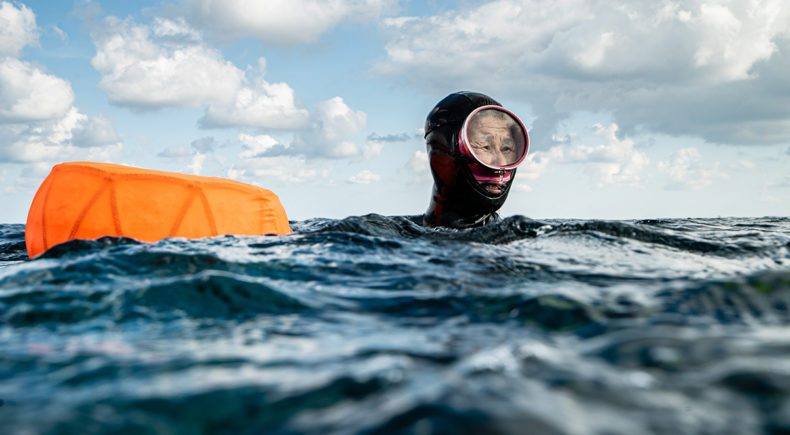 An Adventure into Motherhood is a first-hand exploration of the haenyeo, a unique group of free-diving women known for shattering traditions by becoming Korea's first group of working mothers. Based on the island of Jeju in South Korea, this unrelenting group of female free divers have carved out a unique place in society, supporting their families and island community. Forging close ties to one another, they scour the ocean floor for sea cucumbers, urchins and other fruits of the sea to sell on the open market.

Now expecting her first child, Kimi will explore how the haenyeo represent feminine strength and resilience as a self sufficient sisterhood of diving mothers and grandmothers. As Kimi transitions from a solo underwater adventurist to a mother cultivating a family, she longs to learn from a haenyo elders. Kimi wants to uncover how the elders have lived off the sea for a lifetime, staying connected to their craft, their families, and one another. Kimi drops in seeking tools to pass onto her child, and longs to dive alongside these great women, learning their ways. Kimi knows she can gain great knowledge from these hardworking women to forge a similar way of life and use their vision to help her discover a clear view of her own future.

Nicole Gormley is a documentary filmmaker, television producer, and photographer with the central aim to tell stories that inspire people to care about and protect the environment. Her style builds off of her natural ability to connect with people creating empathy and understanding within her work. After graduating from UCLA with a degree in marine biology, she pursued her love of storytelling and has gone on to become a promising and adventurous young filmmaker. She has directed and produced projects for many of the world’s leading media outlets including National Geographic, Netflix, CNN, and more. In the process, she has mounted cameras on great white sharks, chased polar bears high above the Arctic Circle, and slogged the Himalayas with heavy camera gear yet her favorite part is the people she’s met along the way. Her mission is simple; tell authentic, compelling stories that transcend images and inspire action.

The ocean has long been a source of sustenance, inspiration and adventure for Kimi Werner. She has gone on to become a United States National Spearfishing Champion, a certified culinary chef, and an award winning artist. Her daily life is a pure fusion of her talents, rooted in sustainability and geared towards a healthy future for our global community.

One of Kimi's greatest assets, beyond her connection with nature, is her uncanny ability to connect with people. As Yvon Chouinard describes, "She's one of those people who've just got it, you know?". Werner has somehow cracked a major code: how to have a fulfilling, exciting, self- determined life, at large in nature unmarred by bullshit or compromise which people respond to with unfaltering respect and admiration.