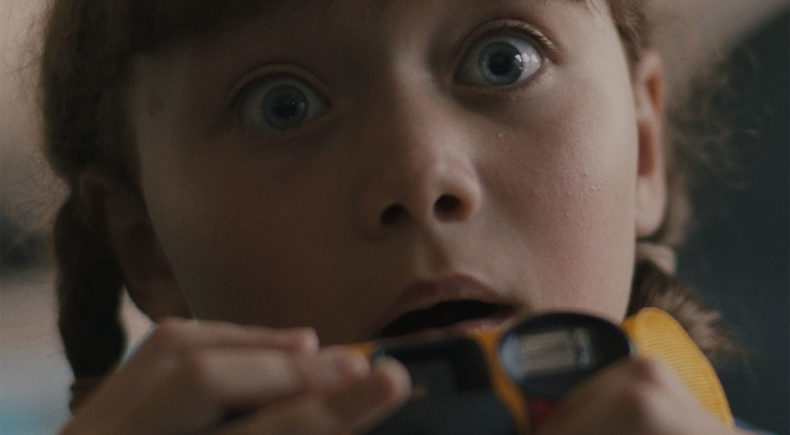 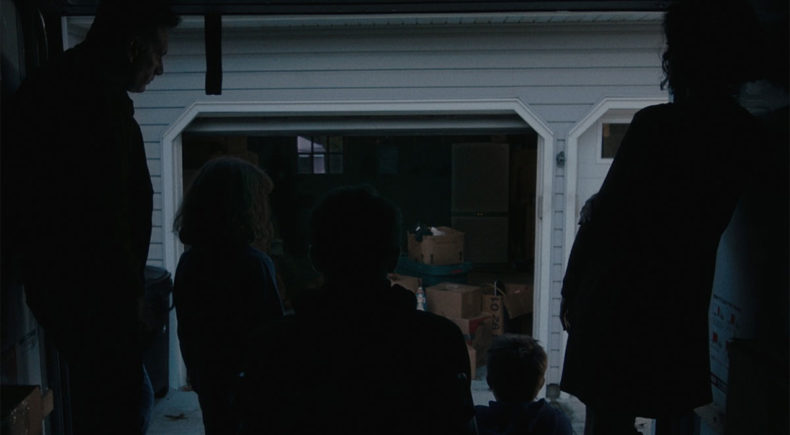 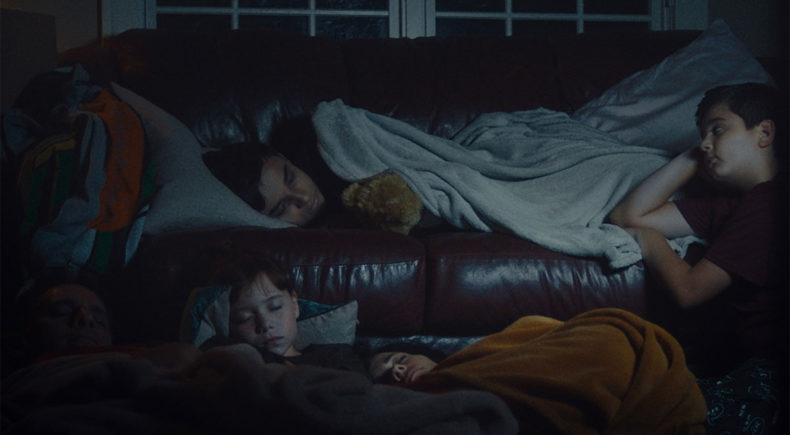 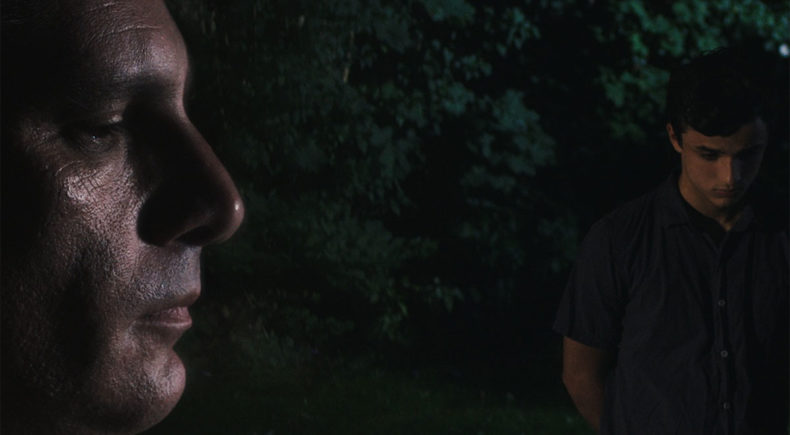 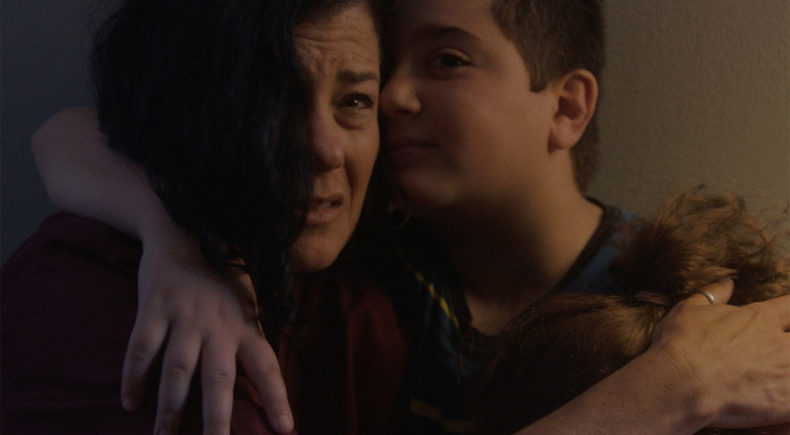 A family tragedy during the recession of 2008, catalyzed by unemployment, personal crisis, and illness.

Calogero recently finished his debut feature film, MOVING IN 2008, set to premiere at film festivals in 2021. Among other various projects, he is currently working on a feature film called LONG ISLAND GUS about the underground kidney market on Long Island, and he’s also looking to raise finances for a feature called LEONI’S about America’s greatest forgotten chef, Leonard ‘Leoni’ Maglioni, and the server staff behind his mythological Italian restaurant, Leoni’s. Calogero was raised around Long Island, New York. His father, Jimmy, works in construction, and his mother, Maria, is a hairdresser. His parents named him after the Calogero character in the 1993 movie A BRONX TALE. Friends and family typically appear in Calogero's films. He attributes his family's constant moving and Italian-American blue-collar heritage as major influences in his work. He is also the founder of 19th Floor Productions, LLC, a film production company based in New York. Among his favorite filmmakers are John Cassavetes, Shirley Clarke, D.A. Pennebaker, Martin Scorsese, Agnes Varda, Jerry Schatzberg, Sidney Lumet, Robert Altman, Ralph Bakshi, Paul Thomas Anderson, Maysles Brothers, and Spike Lee.

It was 2008. I remember sleeping with my siblings on motel carpets; I remember my parents fighting until they were blue in the face; I remember moving from house-to-house, state-to-state, and that feeling of nausea being the new kid in class; I remember the food stamps and joblessness; I remember my little brother's pain and illness keeping our family together. We were a family of six driving across the country trying to find somewhere to work and live. This film is the elusiveness of my memory and explores questions and problems we deal with both in life and in death. How do I overcome adversity when my back is against the wall? How can we love so that we can live? Whether it be a surrogate family like Dirk Diggler in BOOGIE NIGHTS or through your own bloodline, family is family. And who are you without your family?

Although film is my love and passion, I didn't go to film school (though I did once take a class on Spanish cinema and Buñuel's rigmarole around Franco's censorship). I work an '8 to 5' at Bloomberg in New York. At 22 and with a year of work experience, I decided I needed to share this story that I had written in college even if it killed me financially. I'd rather fail at doing something I love than get by at something I hate. After watching other micro-budget movies like KRISHA, THUNDER ROAD, TINY FURNITURE, DADDY LONGLEGS, and THE PUFFY CHAIR, I decided to move into my parent's basement on Long Island and take every paycheck from 2018 to fund our movie. I couldn't let my script die as a PDF. I storyboarded; I budgeted; I started an LLC; I casted; I created inspiration books; I built a small team of believers; we found locations; we scheduled food; we wardrobed; we asked for permission, and we also begged for forgiveness.

This film has been a test to my endurance and sanity, and while at times I feel like I'm the living Rupert Pupkin, I'm fortunate that advancements in equipment and software have made independent filmmaking more professional and accessible. I'm not sure this movie could've been made even fifteen years ago – the cost of the celluloid alone would've been the majority of our budget. Our cast and crew made the most captivating, emotionally gripping film we could make given the resources and locations available – most shots took place in my parent's house. From the grace of friends and neighbors, who also understood the story's importance, I borrowed an elementary school, a local church, and my girlfriend's parent's backyard. I needed this movie just as much as this movie needs the right platform because MOVING IN 2008 is the epitome of what modern independent cinema stands for and a true case study in Jim Cummings' 'Backyard Pixar' movement.

We've captured an emotion in this film that breathes 24-frames per second (… and sometimes 60). The movie is a punch to the gut. As a director, I need a philosophy for my actors and a spirit for my crew. Making a feature in 14-days means breaking down walls that we've spent our entire lives hiding behind. These days, we live in a cynical world of memes and tension. John Cassavetes said it best, ""We can't agree on politics, but maybe we can agree on senses."" We created an environment for the cast and crew to communicate their ideas and emotions without feeling constricted. If someone had an idea, it didn't matter how many hours I planned in pre-production – what mattered was that person's idea on the day of shooting. We were a family.

To create our '70s aesthetic with Caravaggio undertones, we used an Arri Alexa Mini, Zeiss Primes (mostly longer lenses to keep away from the actors), Angenieux Zooms, and split diopter glass. At the end of each shooting day, something terrible would happen – one day it was an exploding cesspool on set (yes, there were many 'you're full of shit' jokes), another day it was a massive power outage. Regardless, I was directing each day as if it were my last day on earth because this story, my family, my cast, and my crew deserved nothing less.

I've written other features that I'd love to tackle, but this film needed to be my first because I'm interested in how it deals with maintaining love, destroying love, and then gluing love back together like a broken mirror, and I think everyone is interested in the beautiful complexity of love at its most fundamentally human level. I'm hoping that film festivals can be a launchpad for this film to be seen on a wider scale and allow our incredible cast and crew the exposure they deserve. Everyone keeps telling me that to get into these big festivals I either need to have a connection, a big star, or a winning lottery ticket – I sure as hell don't have either of the first two, but I think this film could be that rare lotto ticket.