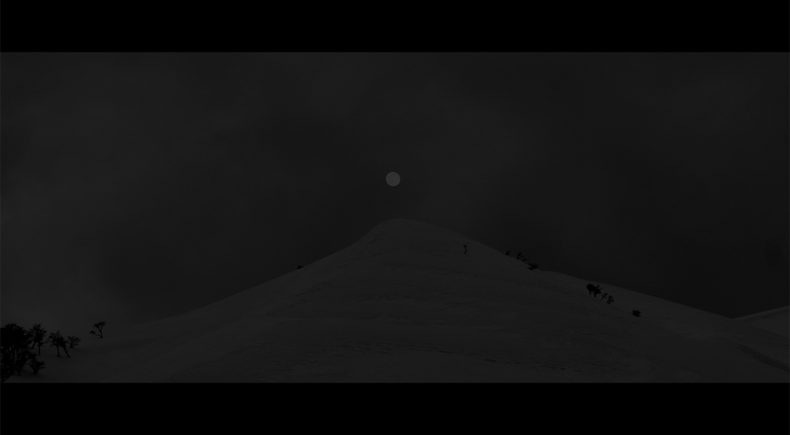 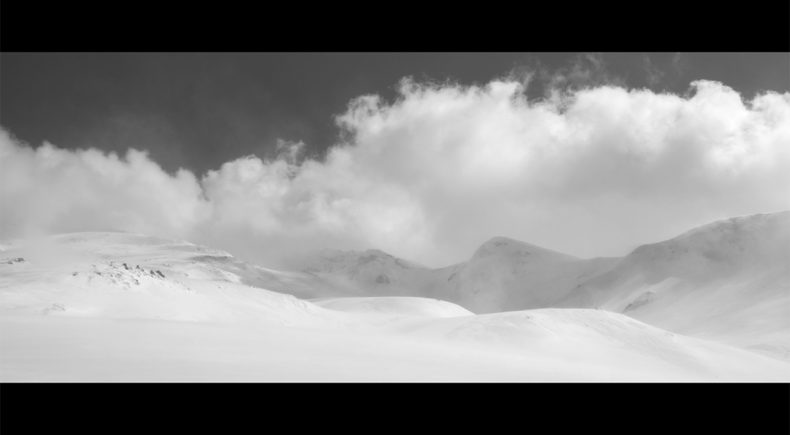 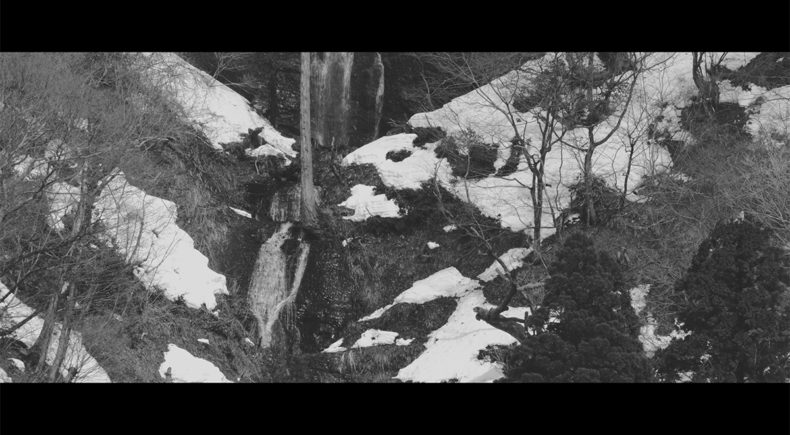 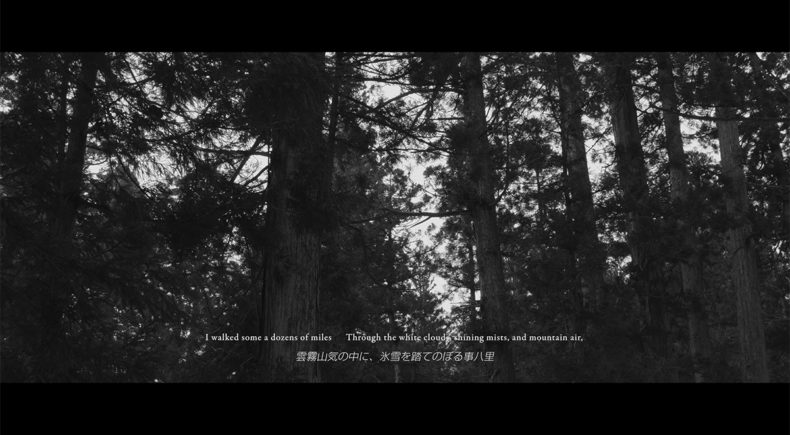 These images were taken in solitude on mountain roads which had been inherited secretly from a distant past by mountain worship in Tohoku region of Japan.

From a snowy mountain at night in the moonlight, to a waterfall, a plain in the mist, and mountains gleaming in the sunlight, natural phenomena circulating across the land and the sky are captured in black and white images.

Even in the absence of people, much like this spring, there exists serenely, circle of time.

Much like Shan shui paintings, the continuous collection of images quietly and robustly appeal to the viewer's innermost emotions.

Even though Covid-19 prevents us from filming humans, there still are possibilities of creation. We believe in the pure power of film.

The structure of these images that goes from depicting darkness to light embodies the forthcoming hope, while simultaneously serving as a symbol of repose for the fighting and unrest shrouding the world.

The images are presented along with haikus from 400 years ago, Tranquility, strength, beauty - which were written along almost precisely the same mountain path as in the film.

Eugene. K, born in 1989 in America, is a Japanese contemporary artist who works with a variety of different media.
His many paintings, installation, and video works are preserved in museums and private collection.

His recent works also include the script of "Alter," which he co-authored with SF writer Ken Liu. Being a versatile artist, he works across domains in addition to artistic productions, and he has been invited to collaborate in research projects in the field of agriculture, biotechnology and education, among others.

His humanistic and sociological approach is an essential element in his works and practice.

This spring, when the normal shooting was becoming difficult, I recontemplated the "Power of picture".

Stories set on Zoom or monologues, for example, are one of the answers to this situation.

I believe this work, though small in production scale, can render the possibility and power of film.

The landscapes have been circulating from the distant past - and confronting people, sometimes rigorously and other times mercifully.

The experience of waiting for the dawn in darkness reminded me of the current situation.(At the same time, the images start from the landscape at the high altitude, descends to a snowy plain, and then ascends to a pinnacle again, with the waterfall embedded between the mountain and water.)

The film has neither a character nor a linear story. Nonetheless, it is powerful. I hope this work will be a hope for many people.

The Haikus in this film are newly translated into English based on my experience in the mountains.