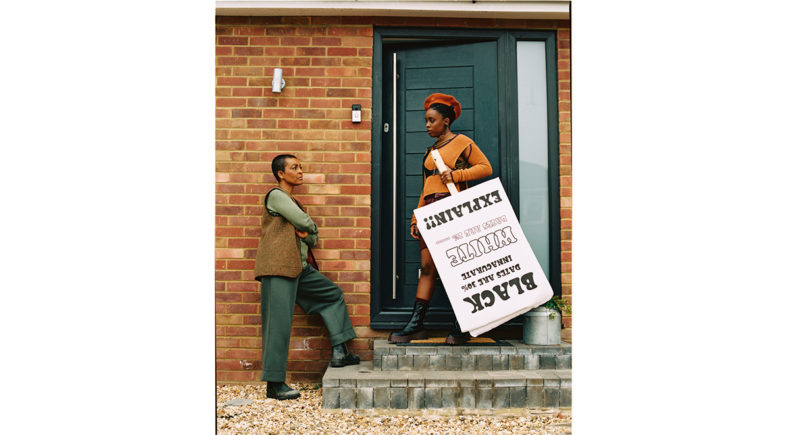 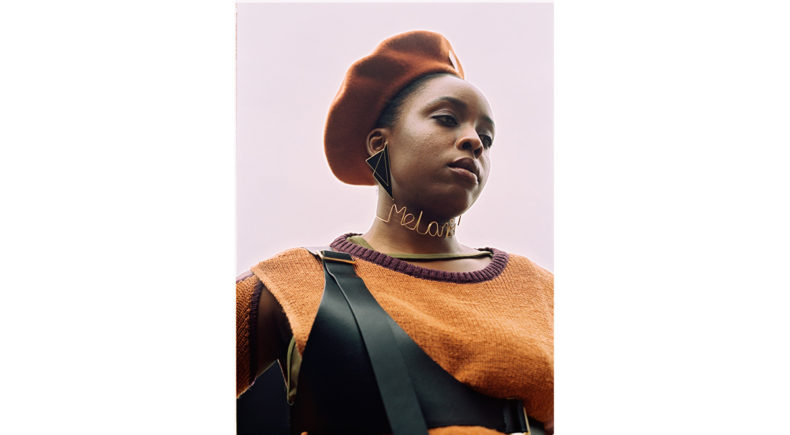 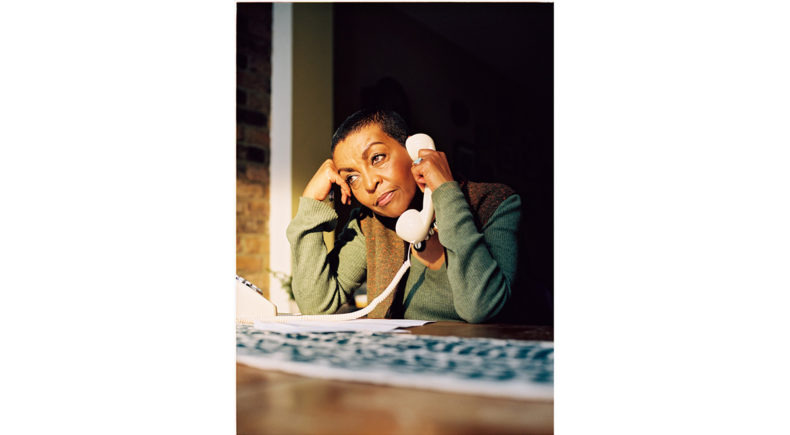 In a near-future world where you can discover your Death Day, an apolitical woman (BRIDGERTON's Adjoa Andoh) learns that she and many Black people have been given incorrect dates and seeks justice before her time runs out - that same day.

Funded by BFI Network and the British Broadcasting Corporation.

Dipo Baruwa-Etti is a playwright, poet, and filmmaker. In 2020, he was the Channel 4 playwright on attachment at the Almeida Theatre and shortlisted for the George Devine Award for Most Promising Playwright. His work includes The Sun, the Moon, and the Stars (Theatre Royal Stratford East), An unfinished man (The Yard Theatre), and he is developing new plays with the National Theatre, Almeida Theatre, and Paines Plough. He is published by Faber & Faber. For screen, Dipo is developing original television projects with Blueprint Pictures, FilmNation, ITV Studios, Duck Soup Films, and an episode of a Sky Studios anthology series. As a poet, he has been published in The Good Journal, Ink Sweat & Tears, Amaryllis, and had his work showcased nationwide as part of End Hunger UK's touring exhibition on food insecurity.

THE PREMISE
Black lives are ending prematurely – whether from hate crimes, doctors dismissing health problems, or intraracial conflicts. That is the world we live in and it can cause an uneasy day-to-day for a Black person, no matter the country or era inhabited. With The Last Days, I wanted to explore these themes through a story set in a near-future world where you can discover your Death Day, and where Black death dates are disproportionately inaccurate. In the film, an apolitical woman YIMIKA learns her diagnosis was wrong; instead of dying years from now, she’s dying that same day. She seeks justice, but what does that look like? Despite the sci-fi nature of the premise, I consider the film a drama, and chose to borrow from various genres – from psychological thriller to horror to melodrama – to illuminate Yimika’s quiet internal journey. Ultimately, The Last Days is a film about finding your voice and how that changes relationships, in Yimika’s case with her daughter MORAYO. And with that voice, also comes life.

OUR CONTEXT
Words have been a massive part of Black culture, giving a glimpse into history that has been erased and diluted. From Martin Luther King’s I Have A Dream speech to Lorraine Hansberry’s play A Raisin in the Sun to Billie Holliday’s Strange Fruit, words have acted as a legacy and guided much of the West’s Black population. They seem to float through space and time, even when battered and bruised. They live, even when not written in ink. Even when taken for granted. As a Black woman, Yimika’s words have been within her all along – they bubble to the surface and pour out on her last day. This is what I wanted viewers to take away from the experience: the impact of words, their influence on us and our relationships.

ADAPTING TO THE PANDEMIC
From the beginning, The Last Days was an ambitious short, and shooting in the middle of the Covid-19 pandemic only stretched our ambition. But the pandemic did have some surprising benefits to our filmmaking process. Before Covid-19 hit, the script was far larger in scale. When it became clear that our April 2020 shoot wasn’t going to be feasible, we paused the project. But as we waited for production to resume, I started to wonder if scaling back the short would cut to the heart of the issues I wanted to cover. So I made cuts, which resulted in an even more refined film, pushing the mother-daughter relationship even more to the centre. Covid-19 helped me let extraneous details go, accept that audiences would believe in this world, and trust that this emotional journey they go on is more than enough.

PRE-PRODUCTION AND PRODUCTION
In our Heads of Department, I found creatives drawn to the parallels to our world yet inspired by the freedom of its near-future setting. Keen to ensure it didn’t feel "too science-fiction,” I intentionally didn’t date the story and sought out design elements from decades past in order to displace us and give a timeless feel. Working with Black HODs on majority of our design elements lent an authenticity that shines through in the film. Watching our crew work was exhilarating. They ensured that every choice was true to the story and characters. From our producer finding the most perfect location in St Albans, to our DP adjusting shots and relighting after rehearsals sparked a new idea, to our design HODs bringing options upon options to set to ensure we could be flexible and experiment with styles. Everyone, from cast to crew, brought their A-game and collaborated in particularly trying circumstances. Coming to set each day was a joy and fuelled a love of production I didn’t know I had.

OUR CAST
Our duo of lead actors, Adjoa Andoh and Amarah-Jae St. Aubyn, massively elevated the film. Adjoa is best known now for being Lady Danbury in a little-known Netflix show called BRIDGERTON but I’ve watched and admired her commanding and powerful talent for years on stage. As a director herself, she thinks about every filmmaking choice in such detail, an invaluable trait as she is in every scene. Adjoa invested so much of herself in the character, and it felt like nothing I’d seen her do before. Candidly, I was terrified: how could I direct Amarah so soon after STEVE MCQUEEN?! She had just starred brilliantly in my favourite viewing experience of 2020, Lovers Rock (from the Small Axe series). But when I met Amarah, I instantly felt impressed and comfortable. She developed a sort of daughter-daughter relationship with Adjoa on set that only strengthened their characters’ dynamics in the film and made it feel truthful. If it didn’t, this film would fail. They are its heart.

FINAL REFLECTIONS
Filming in the middle of a pandemic wasn’t easy. Aside from the health and safety and financial challenges, as a director you also don’t get to interact with people in the same way. There were so many faces that I never got to see in their fullness, and many people I never got to properly meet. Still, I know that our set was full of gentle, supportive, kind-hearted people and I’ll never forget that experience. It taught me a lot about filmmaking, but even more about why I tell the stories I tell. Why I centre Blackness in all of my work. I’ve never seen a film like this before. The filmmakers who inspire me and this film rarely have Black people in their films. The irony in creating a near future world is that The Last Days makes me excited about all the Black work we’ll see in the [hopefully] near future. All the worlds, and words, that will inspire and change us.