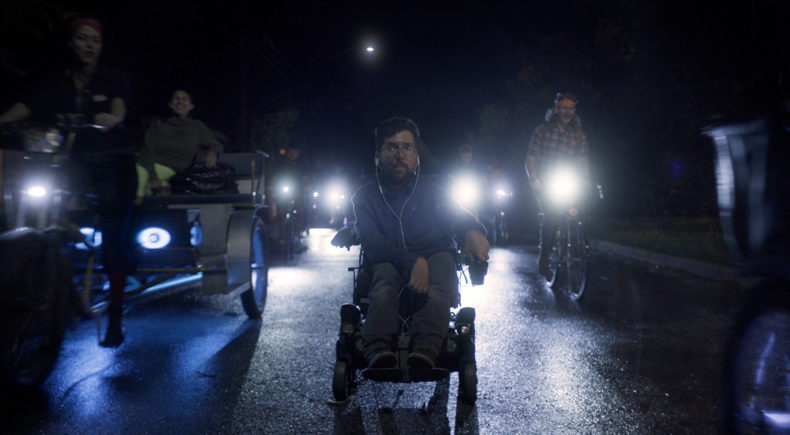 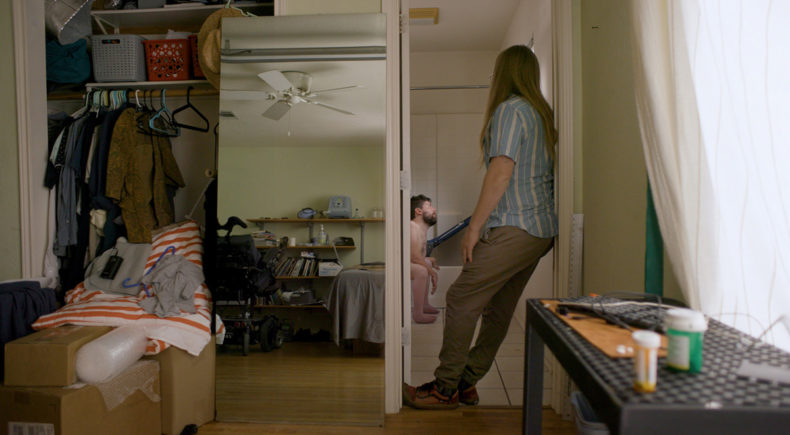 ACT OF GOD follows a day in the life of Stuart, a disabled man whose life is a mess. His caregivers are abandoning him and for good reason: he's an asshole, a fact that becomes quickly apparent to the new guy tasked with getting him out of bed.

Stuart's commute to work is interrupted by the discovery of a $100 bill lying on the sidewalk, just out of reach. It flutters away as soon as he moves towards it, leading him on a chase eventually destroys his wheelchair and forces him to reconsider his toxic ideal of self sufficiency.

His commute is interrupted by the discovery of a $100 bill lying on the sidewalk, just out of reach. It flutters away as soon as he moves towards it, leading him on a chase that forces him to reconsider his toxic ideal of self-sufficiency.

Spencer Cook - Spencer Cook is an Austin based filmmaker, artist, and disability activist. As a life long wheelchair user, Spencer is dedicated to helping improve the way people relate to their own bodies through the lens of disability.

Parker Smith - Parker Smith is a documentary filmmaker based in Austin, Texas. He shot, edited, and directed his debut feature Ramblin’ Freak as a one-man crew, going on to a world premiere at SXSW Film Festival in 2017. When he is not making films, Parker Smith works as Spencer’s primary caregiver.

For many people, life with a disability is a mystery. Unless they have a disabled family member or close friend, they almost never talk about it. It's something to be ashamed of, an embarrassing condition. Don't stare. Don't ask questions. Though it's rooted in a desire to be polite, this silence does incredible harm to not only the disabled community, but also our culture at large. People are often terrified of disability simply because they can't imagine living with one. They see only the medical devices, the dependance, and difficulty associated with a diagnosis and not the life that care and support make possible.

Act of God exposes audiences to disability in a completely new way, from the perspective of someone who's used a wheelchair all their life. It answers the questions that adults are often too timid to ask: how do you go to the bathroom? (It's tricky.) Do you sleep in your chair? (No.) Do you work? (Unfortunately, yes.) But beyond these simple demonstrations, it addresses the psychology of disability. It makes living with an impairment conceivable for those who assume it impossible or worse, those who consider disabled people automatic heroes for simply getting through the day. It makes clear that people with disabilities are as flawed as they are relatable, motivated by the same anxieties and neuroses as everyone else.