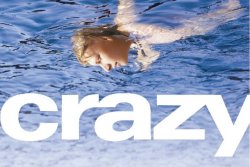 Based on the best-selling novel by Benjamin Lebert, which has been sold in 30 territories! The Summer Hit in Germany: 1,5 million admissions and U$ 7 million box office revenue! 16 year-old Benni is sent to a boarding school by his parents. It's his fifth school. But for Benni, life isn't about school. It's about good friends and falling in love, making music and breaking all the rules, longing and loneliness - about growing into adulthood, deciding for yourself and believing that the future will be just fine.

Born in 1965 in Altötting, Germany, Hans-Christian Schmid studied at the Hochschule für Fernsehen und Film in Munich. After graduating, he was awarded a grant to study scriptwriting which he began in Munich and continued at the University of Southern California in Los Angeles. In 1989 Schmid shot his first film, "Sekt oder Selters", a documentary depicting the world of slot-machine addicts, which won the Best Independent Film award at the Festival of Osnabrück. His next project was the short film "Das Lachende Gewitter" , followed by another documentary entitled "Die Mechanik des Wunders" for which Schmid was awarded a number of film prizes. In 1984 Hans-Christian Schmid shot the TV movie, "Himmel und Hölle", which starred the popular German actresses Katja Riemann and Hannelore Hoger. Schmid's first huge success came in 1996 with the film "It's A Jungle Out There", about a young teenage girl fleeing home to find herself, which marked the beginning of a long-term collaboration with scriptwriter Michael Gutmann. The following year they teamed-up for "Nur für eine Nacht", their screenplay winning RTL's Golden Lion prize for best television work, as well as the Adolph Grimme Award. With the high-tech thriller "23" , shot in 1998, Schmid further demonstrated his sensitivity in dealing with teenage-identity themes, subsequently winning a Director's Promotional Award at the Munich Film Festival. "Crazy" is Hans-Christian Schmid's third full-length feature film.