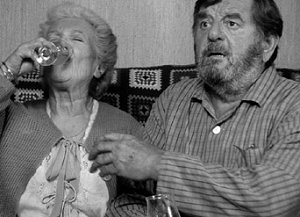 Erika and Ruedi have been married for many years. Together they have decided to end their lives today. Erika has cancer and wishes to leave in dignity before the pain sets in. Ruedi on the other hand, doesn't want to go on without Erika. Everything is prepared: Family and Friends have been notified and goodbyes have been said. Their will has been made and the flat tidied up. Even the right music has been put on. But then Ruedi annouces his doubts....

Born 2.6.1971 in Lucerne, Benjamin Kempf visited the Gymnasium in Immensee, Switzerland, before he moved to Los Angeles where he studied at the Santa Monica College for Fashion Photography. In 1995 he returned to Zurich where he studied at the Zürich Film Academy. In 2000 he graduated with his short feature film «Ade». During this time he also worked as gaffer and camera assistant. Since 1997 he has directed and photographed several feature films, commercials and music videos.