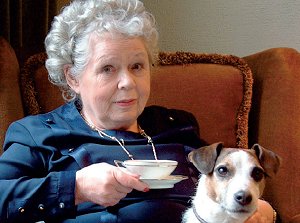 An elderly couple organize a "Tea Party" for a group of old friends. But appearances can be deceptive, nothing is quite as it seems. Someone's in for a big surprise ......

Martin Friend is a staff producer with the BBC. He has directed more than twenty documentaries. Martin's first short film THE TEA PARTY, produced by Paul Ashby of Articulate Pictures and completed early in 2002, has already been seen in over twenty film festivals, has attracted a short film sales agent who has sold it to a cable channel in Canada and has interest from other entities.