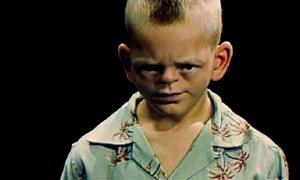 A mother encourages her son to join a group of playing children. Because of his strange bodily appearance, the boy hesitates, clearly fearing rejection by the unfamiliar group. Although the child's problem seems to get solved in the end, the film does not conclude with a happy ending. Instead, it presents us with an oddly dismal message.

Born in 1974 in Linz/Austria. Started making films at age 13. After having studied in Austria and the U.S., Mr. Schienerl now works as an independent filmmaker and commercial media designer in Vienna.