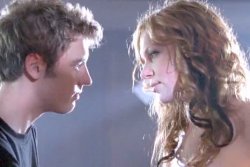 "Lightning Bug" is the story of a young boy growing up poor and misunderstood in the rural South. He dreams of escaping by becoming a special effects make-up artist in Hollywood. In the tiny bedroom of his rundown mobile home, he teaches himself how to create his favorite horror movie characters but the real monster is down the hall, drinking at the kitchen table, waiting for the next victim. . Green hides in his room and plots with his little brother on how to get enough money to rent the latest slasher flick. Disguising himself as a good ole boy who works down at the chicken plant, he tricks the ornery general store owner into cashing food stamps so they can afford the video. While on a quest to get his horror fix, Green falls in love. Angevin Duvet is the new girl at the video store. She's not like the other girls in town. A vision in her Goth make-up, she's smart, funny, beautiful and knows her horror films. It's love at first sight. But trouble is brewing amongst the faithful. Angevin's mother and the members of the Holy Calling of the Southern Saints think Green and his monsters are going straight to hell. Green's only real hope of showcasing his talents is making all the monsters for the annual Halloween haunted house. He's also counting on the few hundred bucks he'll make on ticket sales to get a plane ticket to freedom. But there are monsters standing in his way. INSPIRED BY ACTUAL EVENTS

Robert Hall, over the past several years, has become one of the most prominent special effects makeup artists in Hollywood. In 1996, Hall founded Almost Human, a special effects studio whose creations are featured weekly on WB's "Angel." His company also created the special effects on the the last two seasons of the hit UPN series, "Buffy the Vampire Slayer". He has worked on over 40 feature films including "Secretary," "Die Mommie Die" (as Associate Producer), "From Dusk Till Dawn 3: The Hangman's Daughter," and "The X Files: The Movie." Lightning Bug marks Hall's feature writing and directorial debut. Born in Detroit, He was raised in Northern Alabama.