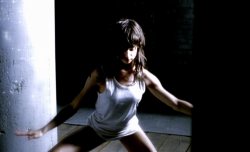 LOVE IS THE ONLY MASTER I'LL SERVE

Two women address themselves to an imaginary love-god seeking a unification into one and the same entity.

Nicholas Lens, composer & author of operas such as "The Accacha Chronicles" (published by Schott Musik International, distributed Sony/Bmg International). "Love is the only master I'll serve" is his first film as a director/screenwriter. Currently Lens is preparing a new film called "The Sorrow of Serena" and writing an opera with John Coetzee based on his novel "Slow Man." Nicholas Lens lives in Brussels.

Director Nicholas Lens will be available for Q&A after the screening.