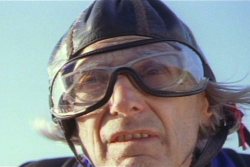 While cleaning out his closet, a very old widower finds a list of things he wanted to do in his life. Seeing that he might not have much time left, he decides to carry them out, in his own way...

Simon Olivier Fecteau is very passionate about directing. At the age of twelve, he successfully negotiates with his parents to buy him his first camcorder. This acquisition opens a new world to Simon Olivier, who shoots everything his eye can see therefore creating many short films. Later he joins a comedy group called Chick'n Swell. During three seasons, they write, direct, and play in 43 episodes on Radio-Canada, the national broadcasting channel in Canada. The Remaining Days is his first 35 mm film.