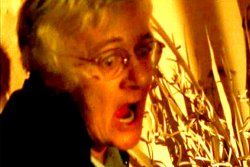 Everyone has something they'd rather keep to themselves

Tom Geens is Belgian and moved to London in 1993. Very much a self-educated filmmaker who through a combination of acting, advertising and writing ended up making short after short. With not bad results, winning prizes for several of them. He earns his daily bread by shooting commercials with representation in London, Brussels, Milan and Toronto. The next step is definitely to shoot one of his own feature film scripts, powerful low-budget stories about everyday people. He also happens to have a degree in economics