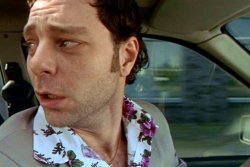 Contact is a short, tragi-comic thread story about the search for happiness of a boy, his mother, and her lover.

In 2000, Hanro Smitsman (Breda, 1967) mastered in film directing at the Amsterdam Academy for Film and Television. Since then he has directed various short films that have won acclaim in the Netherlands and abroad. Informed by a socially engaged artistic practice, his award-winning short films Dajo (2004) Engel en Broer (2005) and Raak (2006) have attracted the attention of international critics and helped situate him as one of the most talented filmmakers of his generation.