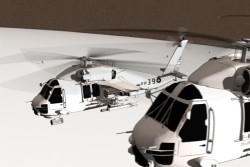 The long-awaited return of the Postman, providing tricks to create panic.

Dutch designer director Mischa Rozema is also co-founder and Creative Director of PostPanic, an Amsterdam-based creative outfit. Mischa's work is fundamental to the reputation Postpanic has developed over the past 11 years and his uncompromising creative vision has won awards worldwide. His background in graphic design and an intense love-affair with film, set him on a path of creating unusual visual directions by combining whatever technique was available, be it live action, CG or motion graphics. Today Mischa is best known for his ability to take seemingly ordinary projects in unexpected creative directions, most recently for brands including McDonald's, Nike, MTV and TomTom.