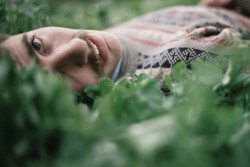 Young Erno struggles to jog. He clutches his stomach with his hand and winces with pain as he hobbles through a deserted farmland. His white socks are gathering mud with each step. It is clear that even though Erno is in torturous pain, it is not safe for him to stop.

Ariel Kleiman was born accidentally in 1985 in Melbourne, Australia. While still just a student at the prestigious Victorian College of the Arts, Ariel's distinctive short films began to resonate with audiences throughout Europe, the USA and Australia. In early 2010, Ariel's 2nd year film, Young Love, screened at the Sundance Film Festival, where it went on to win an Honorable Mention in short film making. His graduating film, Deeper Than Yesterday, had its world premiere at Cannes Critics Week 2010. Ariel's talents were also on display in official competition at Cannes 2010 as a cinematographer on short film Muscles directed by Edward Housden.