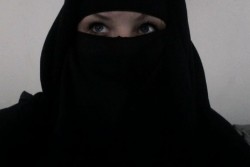 Two teenagers lives are brought together through internet webcams. Anton's desire is awakened after discovering Lenny's personal video blog on Youtube. Away from the screen, Anton wanders through the big city, wondering whether his virtual meeting with Lenny has a place in the real world.

Cyril Amon Schaublin was born in Switzerland in 1984 and grew up in Zurich. Making films since the age of 15. Before moving to Berlin, he spent time in Argentina and studied Chinese for more than a year in Beijing. Since 2006 enrolled at the German Film Academy Berlin (dffb), where he was taught by Michael Ballhaus, James Benning, Luk Perceval, Ulrich Seidl, Lav Diaz and others.

Director Cyril Amon Schaublin will be available for Q&A after the screenings.