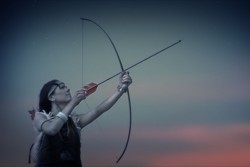 Concentrate produced this music video for Flying Lotus. The video, 'Infinitum' was directed by Daniel Garcia

Music video and commercial director Daniel Garcia has been gaining momentum with recent work for such bands as Mates of State, The Go! Team, EI-P and TV on the Radio--whose video for "Me-I" took home Best Music Video at SXSW 2008. "Monkey Suite" (for Madvillain) earned a nomination for an MTV Woodie in 2007, and J Dilla's "Nothing Like This," was nominated for an award at the Ottawa International Animation Festival and also screened at Pictoplasma and the Animation Block Party. Garcia's career in motion design and animation evolved from early accomplishments in graphic design. Indeed, the prevailing hallmark of his work is its design-centric grace, which favors clean lines and starkly fluid forms. From 2D animation to 3D motion graphics--often blended with crisp, polished live-action cinematography--even intentionally "rough" elements flow together deftly to create a style that is at once visually intriguing and emotionally engaging, and always surprising in its storytelling.His commercial work includes static and motion-based projects for Nike, Converse, Nokia, Jim Beam and PlayStation and he is currently working in conjunction with BENT IMAGE LAB in Portland, Oregon.

Director Daniel Garcia will be available for Q&A after the screenings.