Latest News: BAFTA - "THE MAKING OF LONGBIRD" is the WINNER of the "Short Animation" 2013 Orange British Academy Film Award. click for more info and to see the video of the award ceremony 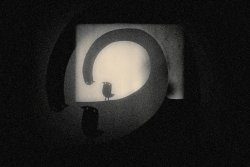 Will Anderson is a 2D animator from the Scottish Highlands. Currently living in Edinburgh, Will specializes in character animation, also having great interest in the art of compositing for film and tv. Will has worked in many professional productions, ranging from feature-length documentary film, to short animation series for both children's and adults' television entertainment.