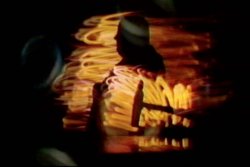 Cheryl Gelover and Tom Murray are from the band Tulipomania. They have created their own music videos for each album release. Rumble Thud is the first video released for their third full-length album titled The Whispering Campaign. The video was directed and animated by band members Tom Murray (vocals, bass and guitar) and Cheryl Gelover (keyboards and background vocals).

Directors Tom Murray and Cheryl Gelover will be available for a Q&A after the screening.