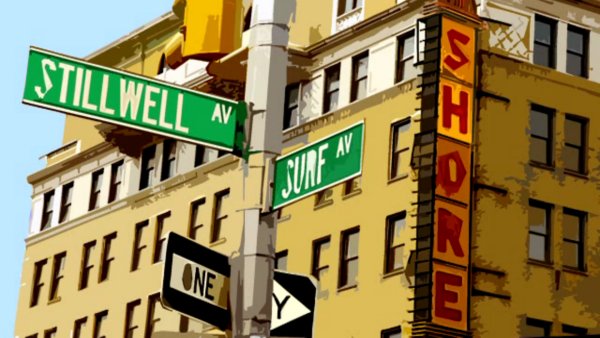 THE UNDERTAKER AND THE LIFEGUARD

A short satire set in Coney Island over the course of a day that illustrates the exploits of a nefarious undertaker alongside those of an adolescent lifeguard, culminating in a conversation between the two.

Matthew Booras is a filmmaker who lives in Brooklyn and has been working as a film & television Editor for the last ten years. He recently wrapped up work on four seasons of HBO's "Treme," a critically acclaimed television series created by David Simon and Eric Overmyer. His other credits include work on such shows as HBO's "The Wire," NBC's "30 Rock," FOX's "Running Wild," and movies "City Island" and "Margaret."

Director Matthew Booras and Writer Robert Booras will be available for a Q&A after the screening.