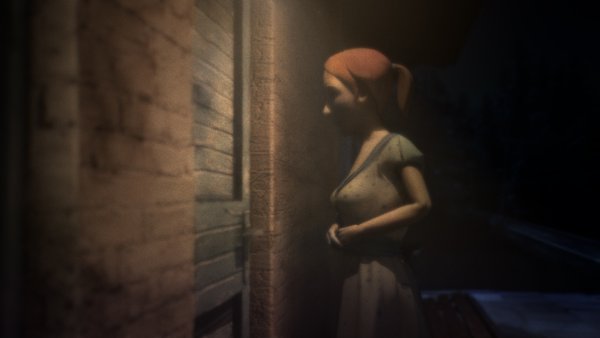 The life of a railway watchman living in a small station in the middle of the forest follows the rhythm of passing trains. In his free time he plays the trumpet, plays with a hedgehog and struggles with a naughty boy. A young woman on a bike is a regular visitor to the station, yet every meeting with her proves a wasted opportunity for the watchman. One of passing trains will evoke his reflection on life.

Piotr Szczepanowicz was born in Opole, he studied at the State Visual Arts High School in his home town, going on to become a student at the Department of Cinematography of the National Film, Television and Theatre School in Łódź, taking the Animation and Special Effects course. He collaborated in the special effects for Suzie Templeton's Peter and the Wolf, Kamil Polak's adaptation of Świteź, Adam Mickiewicz's eponymous Romantic ballad and Martin Clapp's The Magic Piano. He is a co-founder of the NoLabel company, where he works on numerous projects connected with animated film in Poland.