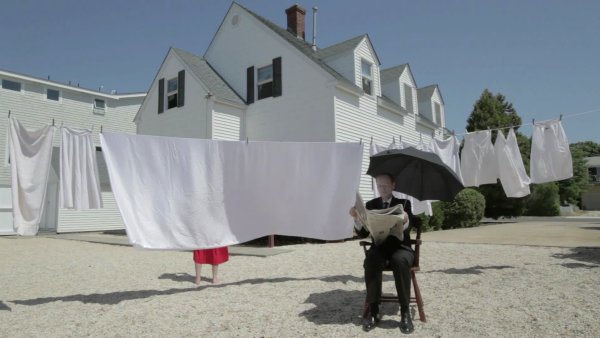 Inspired by the Japanese earthquake in 2011, A Week is about the father who has lost half of his family because of an accident. He tries to go one step at a time, starting a new life with his daughter.

Ken Yoshioka was born in Japan and graduated from Waseda University with a B.A. in Media, Body, and Image. His work focuses on the invisible power of our world because his country has been affected by it so much. That invisible power could be foreign countries and cultures, natural disaster, radiation effects, myriads of gods, the relationship between our society and us, emotions, and the traditional way of thought. In those terms, Ken Yoshioka tries to take specific actions and practices of image, sound and acting in his film instead of an abstract idea and image. "A Week" is his first film.

The earthquake in Japan, on March 11th 2011, inspired this film. When it happened, I was in Tokyo with my friends. I felt I was going to die there, in this small restaurant. Fortunately, I'm still breathing here. So, I decided to make a film about it somehow. But I didn't want to make a film to just address that disaster or create an excessively sentimental narrative. That's why I didn't mention the earthquake in the film. I just wanted the short film to make people who regret something or have a lot on their minds to go just one little step forward. I hope as many people as possible can watch this film and think about something, about someone or their time/life. And of course, I hope you can enjoy hearing and seeing this film!

Director Ken Yoshioka and Director of Photography Patrick X. Liu will be available for a Q&A after the screening.