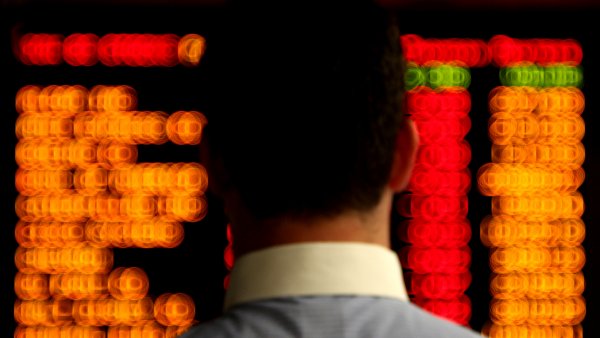 It is September 2008 and as Congress contemplates a 700 billion dollar bailout for the banks, the market is rapidly crumbling and a broker must decide where to allocate his money. With just a few minutes left before the closing bell, his mind drifts to the deep rooted problems of the country's economic structure and what may happen if the country continues with crony capitalism.

Janek Ambros is an award winning director, producer, and writer who received his undergraduate degree in Economics at Siena College. After graduating, Janek worked at Morgan Stanley and Trans World Entertainment before eventually pursing his passion in filmmaking by starting Assembly Line Entertainment and obtaining an MFA in Film Producing. His diverse slate of films have played across the globe and received recognition at many BAFTA and Academy Award® accredited festivals. From adaptations of Fyodor Dostoevsky, Henrik Ibsen and gripping historical events, to original works of character study and suspense, his filmography explores themes of the individual, expression, and finding peace between conflicting world views.

During the 2008 financial crash in the United States, I switched my major to a BA in Economics and interned at Morgan Stanley. Although I was disgusted with the greed of home lenders, Wall Street, and the banks, I began to study the issues in depth. I became obsessed with figuring out what the problems really were, who started them, and how we can solve the problems. After a few years, I learned there were no clear answers. It was a perfect storm that involved consumers, fractional reserve banking, complicated derivatives, poorly run credit agencies and a bundle of bureaucracy in DC. There is not a single person or group of people to solely blame, but I did learn one important issue; the fragility of free-market capitalism. Once the bailout was approved, the idea of “survival of the fittest” perished and that is what I wanted to make a film about. When I wrote the script, I pooled in years of economic papers into a six page script. The main character, The Broker, abridges all the steps that lead to the bailout, goes over solutions that may fix the problem, and then explains that the bailout will merely put a band aid on a bullet wound and eventually the artificially propped up economy will collapse. This act of propping up the economy The Broker speaks of, is the true death of free-market capitalism. I was very concerned with the audience thinking I had a political agenda, but I hope one of the themes solved this; independence. The broker pointedly blames the Democrats and the Republicans for the mess, which may be the most important message in the film. My lovely parents, Maryla and Robert Ambros, always taught me to have an independent voice and to be cautious of sticking to one side of the spectrum. Their parents resided in Poland and were literally caught in-between both extremes of the political spectrum, the Nazis and the Soviets. Writing the script was great way for me to organized the entire economic crisis in my head so I can understand it to the best of my ability, similar to the character. However, the character does this all in his head in four minutes, while it took me months of analysis.