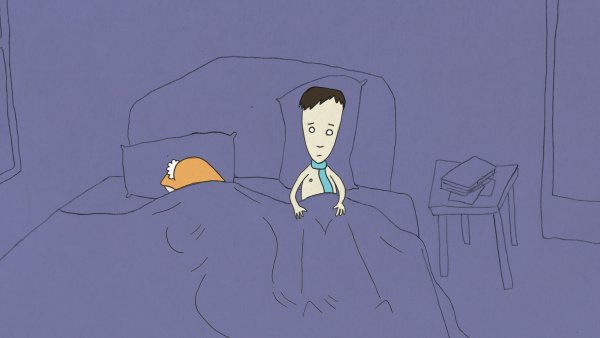 THE PLACES WHERE WE LIVED

A man wakes up with a terrible feeling. His parents are selling his childhood home.

Bernardo Britto was born in Rio de Janeiro, Brazil and then about 22 years later graduated from NYU's Tisch School of the Arts. He co-directed the feature film "Nothing Yet" and received the National Board of Review animation grant in 2011. In 2012 he was selected as a Marcie Bloom fellow and co-directed the feature film "Wisdom Teeth". He lives in Brooklyn and is very proficient in Microsoft Office (mostly Word but okay with Excel).

Director Bernardo Britto and artist Alexa Haas will be available for a Q&A after the screening.