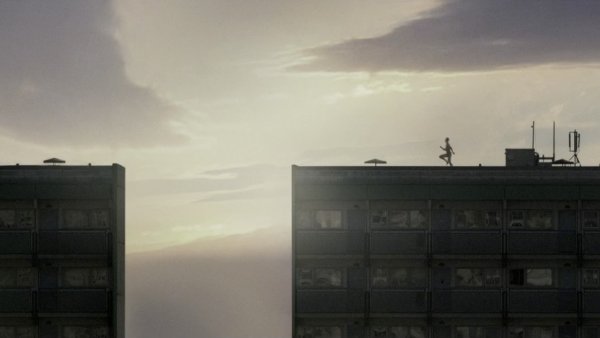 16-year-old Daniel is a long jumping talent who is constantly breaking his own records. Setting new records is a way for him to keep his dying mother alive.

Anders Walter was born in Aarhus, Denmark in 1978. He has worked as an illustrator and comic book artist since the age of 17. He attended the School of Visual Arts from 1999-2001, taking classes in illustration and film. He has released two comic books and done more than 100 posters and more than 200 storyboards for commercial use. Since 2005, he has directed music videos for Scandinavian artists. "9 Meter" was shortlisted for an Academy Award 2013 in the category "Best live action short."

I’m very interested in how children and young people deal with death and other strong emotional changes in their life. Particular the way children use their fantasy to escape reality or simply to change their perspective on life. As grown ups we tend to loose that ability to travel in our minds