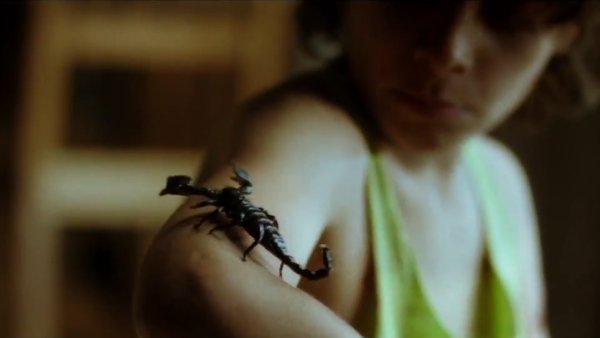 A curious doctor seeks the source of a young patient's inability to feel pain.

Joe Greco is a New York based director and producer in various contexts, known for his meticulous attention to visual rhythm and pace both on set and in the editing room. He's a music video buff that draws inspiration from the work of Mark Romanek and Sophie Muller. He began his education in film production at NYU in 2007 where he cultivated a passion for film editing. Greco's NYU thesis short film, titled "Sin Dolor," adapted from the short story by T.C. Boyle, has won several prestigious accolades including an award from the Alfred P. Sloan Foundation.

Pain may exist as fact, but it enters our personal world clothed in interpretation and meaning. We've all, at some point, felt the distress of a mysterious ailment, and felt that distress fade with a satisfactory explanation. When we don't understand what's happening, and don't know how to put meaning to it, we still try; we have to. It is this search for meaning that drives the desire for a diagnosis. I've heard of people who care more about their diagnosis than about their ability to function. In reflecting on the characters of T.C. Boyle's short story, "Sin Dolor," I've realized how important this knowledge could feel and what kind of role it plays in our lives. A diagnosis gives our pain meaning, places it in a context of cause and effect, and most importantly, in a context of action. If and when I know what my pain means, I know what I have to do to fix it. I know how to act responsibly. This notion is at the heart of "Sin Dolor," as a Doctor attempts to diagnose a young patient's mysterious condition to feel no pain as material for a revolutionary case study. But when the patient's abnormality is abused, the Doctor's personal agenda must give way to moral responsibility.

Director Joe Greco and Screenwriter Derek Simon will be available for a Q&A after the screening.