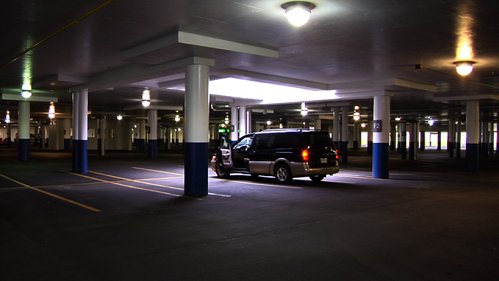 Happily living in the suburbs, Zoe Dean Drum is a wife and a mother of two. Then, on the eve of Halloween something unchangeable happens. Through a series of meticulously crafted scenes, A Film Portrait... devises a one-of-a-kind cinematic mystery that hypothesize the disappearance of Zoe Dean Drum.

Eduardo Menz was born in 1977 in Edmonton, Alberta, Canada from Chilean descent and has called Montreal home for the past nine years. Eduardo completed his BFA in film production at Concordia University in 2006. He is a member of the Double Negative Collective who showcase international experimental filmmaker's works as well as exhibit their own films and videos at numerous festivals locally and worldwide. Eduardo's film work has always attempted to transgress and interweave the boundaries of what defines fiction, documentary and experimental film genres. Eduardo has also been the fortunate recipient of several federal and provincial media grants for his writing and film work. His films & videos have won awards at Big Muddy in Illinois, NextFrame Touring Film Festival in the U.S., Les Rendez-Vous du Cinema Quebecois in Montreal, Hot Docs and Images Festival in Toronto and have been shown at several distinguished festivals worldwide.