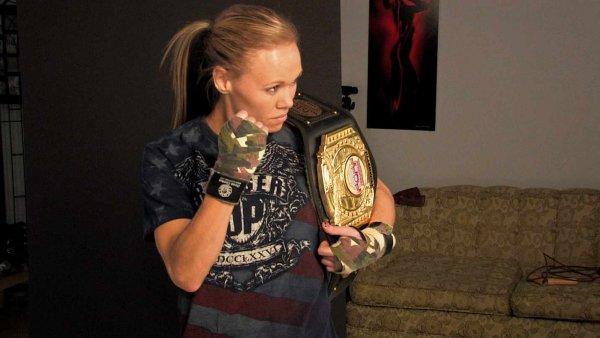 Glena was living the American Dream: successful career, two happy children, long-term relationship, and a beautiful family home. Then one day, with no background or training, she decided to give cage fighting a try. And she was good...really good. But Glena's perfect world begins to unravel: impending foreclosure, a career-threatening injury, and a painful custody dispute over her young daughter threaten to derail her fighting dreams. Complicating matters, Glena struggles to rebuild a once-close relationship with her teenage son as she travels across the country to compete in a trilogy of epic matches. 'Glena' is a real-life Rocky story, a one-in-a-million tale about a woman who risked it all for her shot at the big time.

Allan Luebke is an Emmy-winning filmmaker from Portland, Oregon. He produced the web series ZetamanTV, the first-ever documentary about real-life superheroes, and has produced non-fiction entertainment programs for cable including Discovery International. Allan earned a bachelor's degree in journalism from the University of Oregon, where he won the 2006 National College Emmy Award for Best Short Documentary forBehind These Walls, a revealing and uplifting look at Oregon's prison inmate work programs.