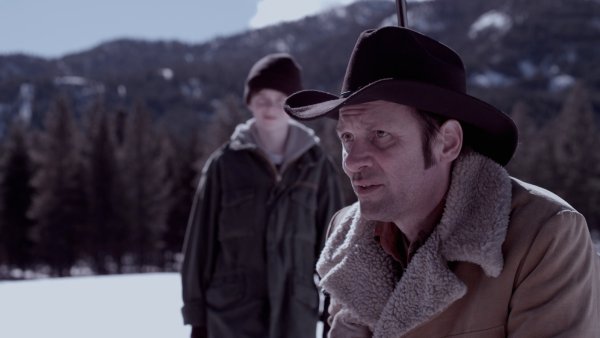 A quiet thirteen-year-old and his stepfather track down a wounded deer. The lessons learned in those dark woods aren't fully realized until seventeen years later, when the teenager, now a man, pays a visit to his aging stepfather. Doing the right thing is rarely easy.

Tony Fulgham is a performing musician, self-made carpenter, part-time surfer and full-time father and husband. He is also the Co-Founder and Creative Director of World Famous, a successful creative and commercial production company in Seattle. Tony's early love of movies inspired him to attend film school in NY and later pursue a career as an editor at creative design shops. While working as an editor he would find a way to get behind the camera any chance he got, and he was soon directing and shooting for national brands and major Hollywood productions. After starting World Famous in 2005 Tony transitioned to directing full-time, and has split his time between creating excellent commercial pieces and donating his time to local creative projects including Feature films, Film Titles and Music Videos for emerging local artists.

It’s a simple idea: “If you’re going to do something, do it right.” This film explores the notion that doing the right thing isn’t always an easy or clear path. The two main characters come away with a new idea of what’s right or wrong, both have to decide what to do with that knowledge. Inspired by my relationship with my stepfather and stories I’d been told about him, it is a very personal film. My cast and my crew took the blue print and helped me create a story that stands on its own with characters that took on their own life and became something unique. The beauty that is fiction.

Director Tony Fulgham will be available for a Q&A after the screening.