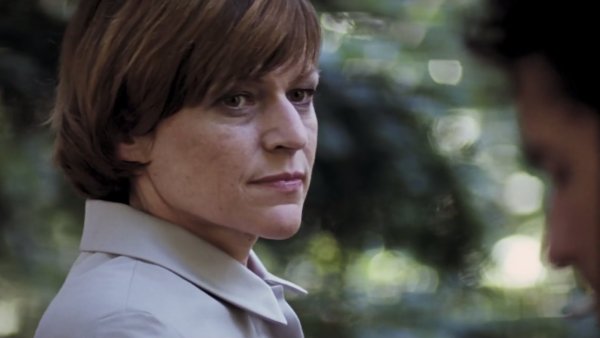 Elisabeth is a writer. Since her mother was sent to a nursing home, she lives completely isolated, spending her days writing. One day when Elisabeth takes a stroll through the park, she walks past seventeen year old Malek. When the young boy sees her, he is compelled to follow her home. He comes back to her house - again and again. A trip to his life leads to a rediscovery of herself.

Katharina Woll was born 1984 in Munich. After her A-levels she lived in Quito, Ecuador for a few months, assisting the German documentary filmmaker Sigmund Thies. From 2004-2009 she studied Film and Theater Studies at the Friedrich- Alexander- University Erlangen, Ludwigs-Maximilian University Munich and the University of Buenos Aires. During her studies she worked for the Munich film production company DENKmal Film GmbH. She also worked for Perfect Shot Films Berlin as assistant director for "Knistern der Zeit - Christoph Schlingensief and his opera village". In addition, she interned with Armin Petras at the Thalia Theater Hamburg and with René Pollesch at the Munich Kammerspiele. Since 2010 she has been studying Film Directing at the German Film and Television Academy in Berlin. Recently she has directed various shorts and exercises.