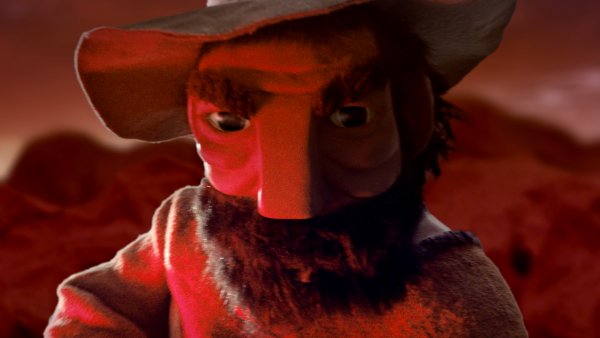 A Gaucho lives peacefully in the countryside with his wife until one day they hear explosions and the earth starts to shake. Bewildered, the gaucho decides to go out and see what was happening, and finds out that there is a huge hole in the middle of the mountains. The Gaucho concludes that Satan has made this huge hole to link the earth with hell. Along with the devil, comes the misery, so the gaucho decides to go and take revenge and put an end to this story.

Carlos Balseiro was born in 1982 at San Carlos de Bariloche, where he spent his first 18 years in between school, forests, mountains and lakes. After school he decided to travel and get to know the world, and finally decided to live in Buenos Aires at the age of 25. Having studied Cinema and Enviromental Sciences, he specialized in Postproduction, and started to generate audiovisual contents with Social-Enviromental topics, such as "Payada Pa Satán" which was developed with his brother Antonio.
Antonio Balseiro was born in 1976 at San Carlos de Bariloche too. As a kid he leaded a very exciting childhood which unfortunately is not reflected in his Curriculum Vitae. At the age of 18 he moved to Buenos Aires in order to study Design at University but gave up before long. Then he tried with Film Studies and Web Page Development carriers, but failed at both and at the end became a barman. After having worked on several bars for years he realized he loved Animation, and with some close friends founded GAZZ Animation Studio and started learning about this Film Technique. For the last 10 years he has been working and experimenting on Animation Short Films - as well as - Commercials. Last year (2013) he had the pleasure to Co-direct "Payada Pa' Satán" next to his brother Carlos Balseiro.