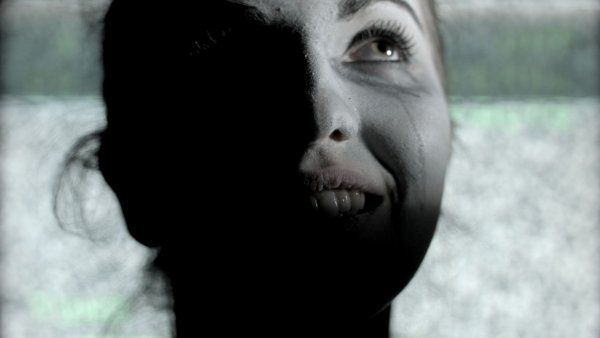 A glimpse into a young woman's disorientated world. Mary struggles to balance her personal and professional life in the endless black spaces and industrial wastelands she calls home. Her partners obsession with his pedal organ leads to a domestic disagreement with strange consequences. Past lives and Soviet memories are intertwined as her mind drifts into static.

George Kalpa is obsessed with transferring the ideas stuck in his head to the mediums of film and music. His love for sound and composition began at an early age, studying piano and self-learning guitar and drums. He developed a passion for filmmaking from a desire to further capture and exploit feeling and vibe by merging the sounds he created with motion picture. His work strives to exhibit uneasy feelings that are open to interpretation rather than set in stone. Not one to shy away from experimentation, his use of unconventional recording techniques and instrumentation assists in allowing his filmmaking style to breathe and create the moods his work exudes. George's debut film "HEX/HEZ' has been screened at the New Jersey and Humboldt Film Festivals with a screening set at the Brooklyn Film Festival in June. His second short film, 'Grund' is about to start its festival run. He is currently working on his third short film and completing four music videos for his debut album.