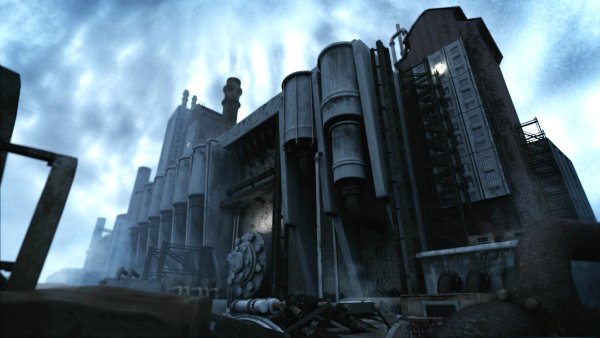 MR K AND THE E

A modern fairy tale of Capitalism and Elephants. Day in and day out, Mr. K works in a factory. He accomplishes his work with perfect precision. But one day in a single moment of distraction his life is running out of control.

Dennis Mueller (1984) is originally from Bremen. Already at an early age, he discovered his love of film, making him tempted after high school to study Media Studies at the University of Bremen. Disillusioned by the dry study followed first placements in the media, then jobs as an editor and graphic artist. After completing his studies there in 2008 went to Berlin where in post-production company FX Factory first experience in the field to make the advertising and music videos. Since 2010 he studied animation at the Film Academy Baden-Wuerttemberg.
Iring Freytag (1981) was born in Cologne. After secondary school in the field of graphic design he completed in the period 2002 - 2005 several internships in the fields of photography, computer graphics and animation for medium photo style (Hürth), Plan B media AG (Cologne), Motion GmbH (Dusseldorf) and The Light Works (Cologne ). From 2005 he worked as a full-time CG artist on different projects at The Light Works. During this period numerous works, including computer games. Since 2010 he studied animation at the Film Academy Baden-Wuerttemberg.