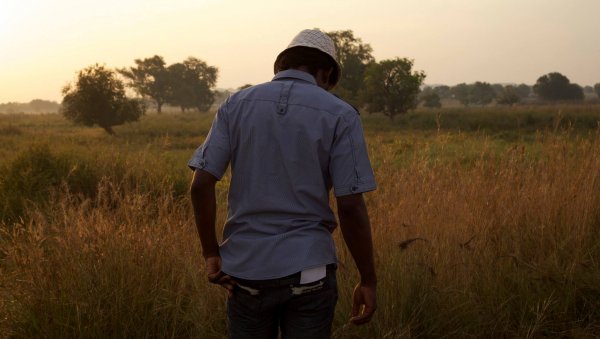 A janitor mopping floors in a brothel. A hotel waiter in a tuxedo. An albino trafficker in Tanzania. A catholic priest in a Bangkok prison. They are all the calling cards of one man - undercover journalist Anas Aremeyaw Anas.Anas has been called the James Bond of Ghanaian journalism. He's exposed a sex-trafficking ring by masquerading as a bartender. He's uncovered deplorable conditions in Accra's Psychiatric Hospital by admitting himself. He's posed as a Crown Prince in order to bypass a rebel checkpoint. His unorthodox methods are infamous throughout Ghana. But despite his notoriety, his face is unknown to the public. He's an elusive figure in Ghana, which only adds to his notoriety. This documentary intends to take us behind-the-scenes of the Tiger Eye Investigation bureau and on the heels of their next big case. We will find ourselves rooting for Anas as he pursues the criminals and stands up against corruption, all the while asking ourselves, 'What are the limits that he will push to uncover a story?'

Ryan Mullins has worked as a director, editor and cinematographer in the film and news industry for the past five years. He co-directed the awarded-winning feature documentary The Frog Princes (Hot Docs 2012) produced by EyeSteelFilm, as well as the documentary short Volta (TIFF 2009, SXSW). He currently resides in Montreal.