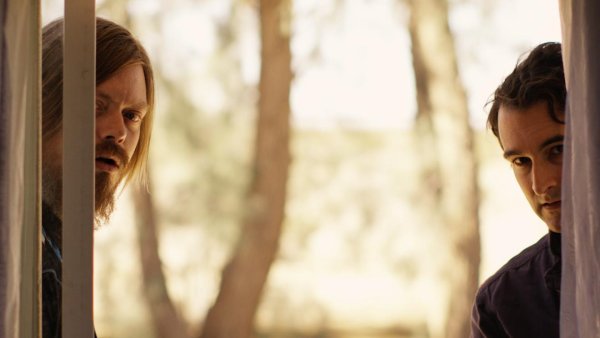 Nick Morgan (Jay Duplass) has it all: a loving family, a beautiful home and a successful law practice in Los Angeles. His estranged brother Conrad (Linas Phillips) has nothing but a backpack. When Conrad shows up for a surprise visit, all he wants to do in town is go to the infamous Manson Family murder sites. Reluctantly, Nick joins him and ends up on a road trip that leads the brothers into the modern-day world of Charles Manson.

Written and directed by J. Davis, MANSON FAMILY VACATION explores the lives of two brothers: one who's devoted to his family; the other who's obsessed with The Manson Family. Executive produced by the Duplass Brothers, the film also features Tobin Bell (Jigsaw from the SAW movies), Leonora Pitts and Davie-Blue.

J. Davis has worked primarily as a film editor. His editing credits include KEVIN and SOUNDTRACKER. MANSON FAMILY VACATION is his directorial debut.