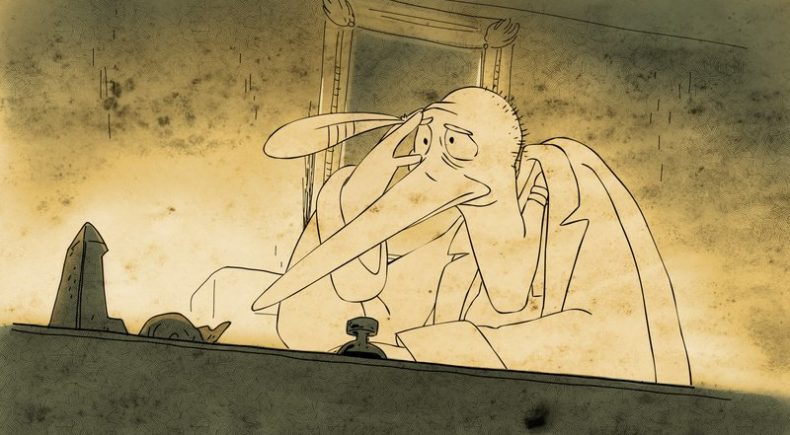 The story of an established composer who struggles to write a masterpiece that pleases both himself and his sponsor. Ultimately, he realizes he has to choose between staying true to his art and pleasing those around him. The fable of the Phoenix is used as a framework for the story. Though the Phoenix may fall in flames, his music lives on triumphantly! The story is told without any spoken words, using music and images alone.

Gwen Barriac is a composer living in San Diego CA. - Heather Larkin is a freelance storyboard artist, animator, and illustrator in Washington D.C.

The music is classical in style but uses many electronic sounds and techniques, such as sequencers and arpeggiators. It is a story about the importance of music told primarily through the music itself. In the traditional story of the phoenix, the phoenix falls in flames, only to be reborn again. In my retelling, it is the music of the phoenix that is reborn, signifying the immortality of music and of art in general.