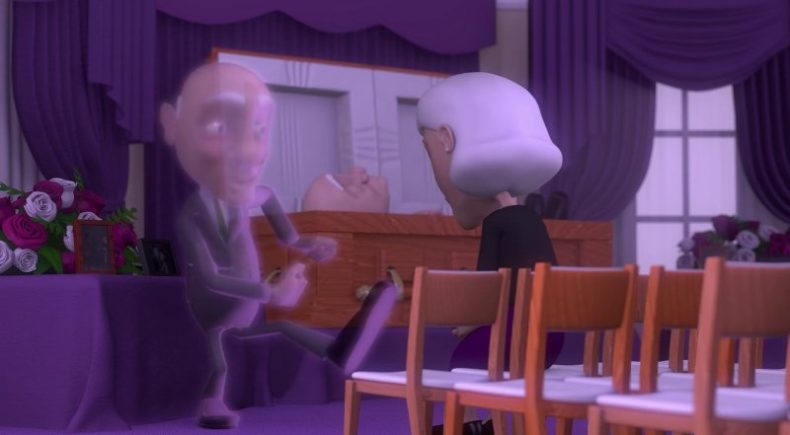 An old man realizes that he is a ghost at his own viewing, and refuses to move on with the Grim Reaper until he can make his wife smile.

Vito Ferber is an animator and filmmaker who graduated from DeSales University's Television and Film Program in 2012. Originally planning on becoming a screenwriter, Vito fell in love with animation halfway through school and spent the rest of his time there teaching himself 3D and animation. He now lives in New York, and works at a television production studio as Graphics Lead while working on his own films at home.