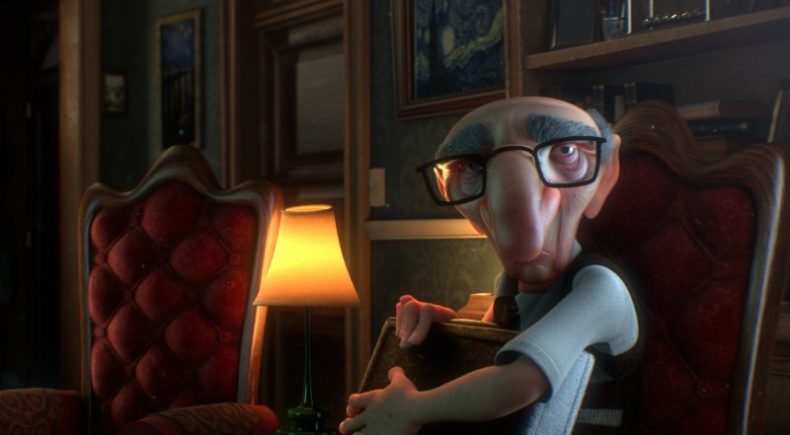 Grief dwells within an old man in overwhelming solitude. His wife s death and the pragmatic indifference of his son and daughter behold the elderly figure clinging onto a long used suitcase, custodian of his egotist ambitions. But something startling will shake his bitter lethargy, bringing about a magical redemption.

Javier Beltramino (Santa Fe, ARGENTINE, 09/14/1980) At the age of 14 he made his first short film, "The Cry of the Bandoneon". He studied film at the Center of Cinematic Investigation and he filmed a couple of shorts: "All Fears" and "Bread for Tomorrow". Juan José Campanella hired him as Associate Producer of "Metegol", the first animated film CGI produced in Latin America that met the standards of international quality. After, he decided to start writing, directing and producing the animated short "Rice and Matchsticks" with the same standards of international quality. For nearly 3 years more than 60 people worked on this independent project.