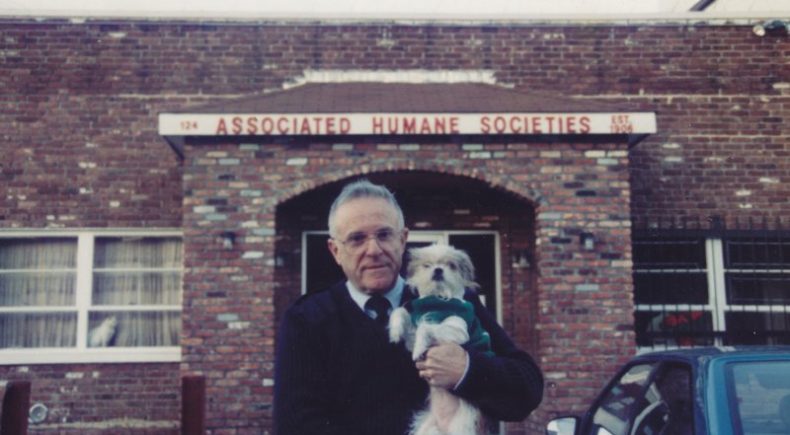 THE RAT SLAYER OF HILLSIDE NJ

Frank Balun, a grandfather, World War II veteran, and avid gardener, trapped and killed a rat that had been eating his prized tomatoes. When word got back to Lee Bernstein, Executive Director of the Associated Humane Society and ASPCA Captain, he cited Frank for animal cruelty for 'needlessly abusing a rodent.' Frank was ordered to appear in court, where he faced six months in jail and a $1,250 fine.Newspapers from London to Australia picked up the story as a media frenzy ensued with every major news network covering the spectacle. While Frank was heralded as a hero by the NJ Pest Control Association, Lee was lampooned on late-night shows, chastised on editorial pages, abandoned by animal-rights advocates and targeted by protesters.Combining present day interviews and archival news footage, the documentary short THE RAT SLAYER OF HILLSIDE NJ tells the dramatic story of Frank Balun and Lee Bernstein and the case that pitted them against each other and would eventually come to define their personal legacies.

I have a personal connection the the infamous Hillside Rat Case because my late father, also Andrew Ruotolo, was the County Prosecutor at the time. When I came across an article on the case, in which my father was quoted, I was instantly captivated by the bizarre tale. The film captures the intersection of justice, animal rights, overzealous prosecution, media hyperbole and the downright ridiculous.