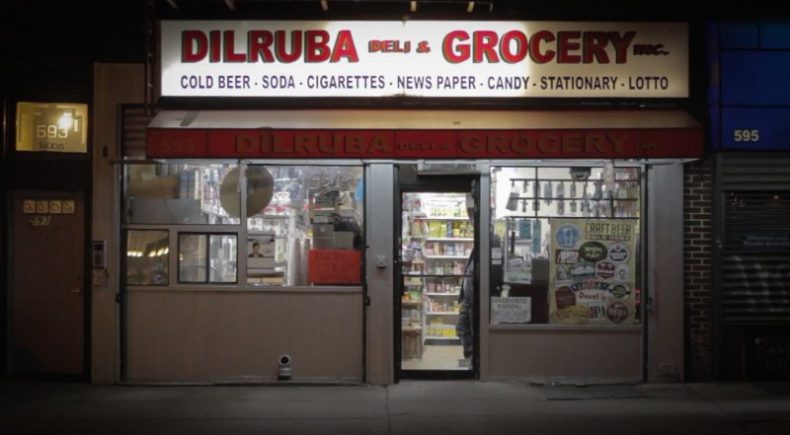 A film about a song and its author, Mohammad Rahman, a convenience store owner from Bangladesh who lives and works in Williamsburg. Prompted by homesickness, Mohammed began writing songs while driving a taxi in New York City and has since recorded three CDs of his music. The film follows him as he works the overnight shift in his store, and features a performance of his song "Green Card" by his neighbor, a young musician of Bangladeshi descent. The heartfelt lyrics of the song addresses a subject Mohammed knows well-the difficulties and sorrows of immigrant workers who have come to the United States in hopes of a better life.

Pilar Rico is a Director/Editor from Spain based in Brooklyn since 2010. She has produced short films in both Spain and the U.S. (Más que a mi suerte, Welcome to the World, Playing Goodbye) and just finished the editing of the feature documentary, Grazers: A Cooperative Story. David Whitmer, pursuing his interests in both music and indigenous culture, David has studied and recorded the traditional music in Veracruz, Mexico, southern Belize and Malaysia. This is their first film together.

The intent of “Green Card” is to present an often overlooked aspect of the immigrant question--that is, the humanity of the individuals who comprise the immigrant communities. In this sense, the film is a response to the depiction of immigrants not as people with the potential to enrich a community, but rather as a growing threat on our nation's border. We have chosen music as a major component of the film because of our belief that music is an effective communicator, and that it can serve as an enjoyable bridge to cross between disparate cultures. While the song featured in "Green Card" presents a point-of-view sympathetic to the plight of an immigrant with illegal status, it is not our point to labor the questions of legality. "Green Card," rather, is intended to serve as a simple reminder of the everyday difficulties and bravery faced by the people in question.