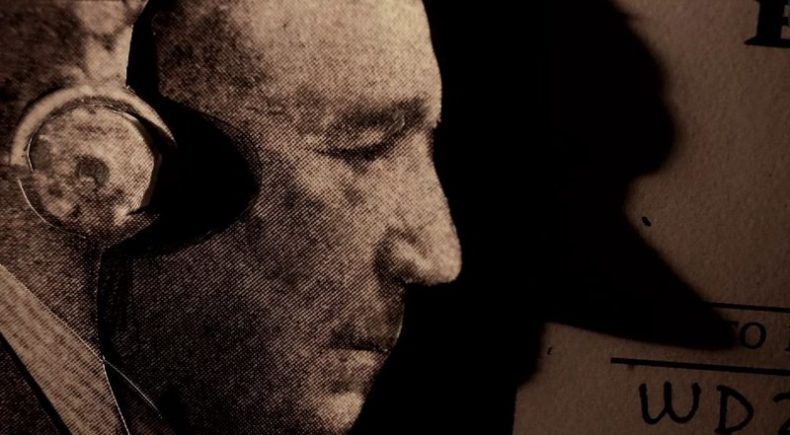 'Listen', a short film made as part of a collaboration of works curated by Slamdance Film Festival, examines shortwave radio as a technology that can be utilized not only for communication, but also abstract sound art. Thought of as an obsolete technology in the age of the internet, shortwave is still used around the world by the military, religious organizations, and small pirate news networks. One can also find it in the living rooms and basements of amateur radio enthusiasts. In 'Listen,' Ingvar Loco Nordin a Swedish sound artist, writer, and student of the renowned composer Carl Heinz Stockhausen breaks down the sounds of shortwave as a poetic electronic medium. Bringing viewers into a world of forgotten and hidden transmissions, buzzing morse code, the abstract hum of pagers, and the coded transmission of coordinates to airlines flying overhead, Ingvar states in the film that 'one can even bounce signals off the moon.' It's a technology that has a linkage to the greater Milky Way.

Monteith McCollum is an inter-media artist working in film, sound, and sculpture. His films have screened at Festivals and Museums including The Museum of Modern Art, Hirshhorn, Wexner Center for the Arts and Festivals including SXSW, Slamdance, Hot Docs, Amsterdam & Osnabruck European Media Arts Festival. His films have garnered dozens of festival awards including an IFP Truer than Fiction Spirit Award. In addition to making films Monteith has consistently been creating unique compositions for films and performances. Compositions are included on the NYFA Current Fellow CD compilation curated and put together by Innova. His film and sound work has received support from organizations including New York Foundation for the Arts, Rockefeller Foundation, NEA, Jerome Foundation and Kodak.