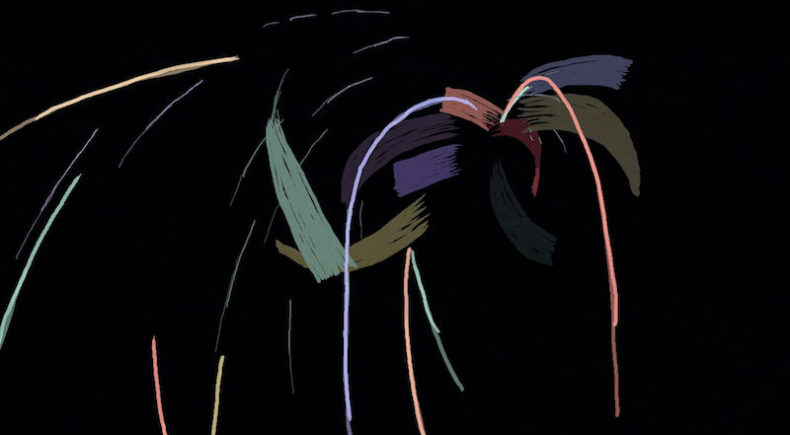 Animated abstract shapes and gestures dance together playfully with bird-like motion. The original music score was composed and performed by Gary Chang

My animated film developed from hand-drawn pastel art, based on motion studies of birds, and the moving patterns they suggested. The film is a non-narrative story, focusing on the timing and the motion, not the artwork. I t's a kind of short dance piece that's choreographed with abstract shapes and textures - interacting playfully with each other and woven together with the music, creating a short visual etude. The original music was composed and performed by Gary Chang. The melody establishes a repeating theme that unites the visual shapes. This creates an impressionistic tone, adding a layer of texture to the moving lines and shapes. The musical variations develop and form a more complex relation with the visual dance.