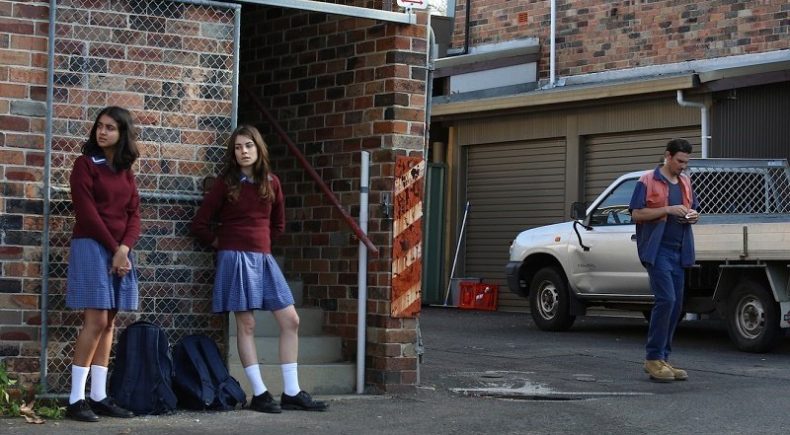 Precocious teenager Ellie wants to introduce her inexperienced new friend Neha to the big wide world. They defiantly skip school for an afternoon of thrills, sampling the vices of adulthood. When Ellie flirts with a strange man in order to procure some liquor, she learns hard truths about the power and vulnerability of her gender and the complexity that exists at the core of male-female relations. Big Bad World is an unflinching portrayal of female adolescent sexuality and loss of innocence.

Catherine Kelleher is a songwriter, screenwriter and filmmaker based in Sydney, Australia. Catherine, best known for her work as pop singer/songwriter Catcall, released her debut album 'The Warmest Place' in 2012 through Ivy League Records. In 2013 Catherine moved into screenwriting; co-creating, writing and producing comedy web series The Casuals, which went on to screen at the Hollyweb web series festival. In 2014 Catherine studied screenwriting at UCLA and sketch comedy at the UCB, returning to Sydney in early 2015 to direct and produce her debut short film, Big Bad World, which premiered at the 2016 St Kilda Film Festival. Catherine recently placed 3rd in the UCLA screenwriting competition for her Orange Is The New Black spec script and will soon direct her second short film Housekeeper. She is currently developing the script for her debut feature film Last Night's Pizza.